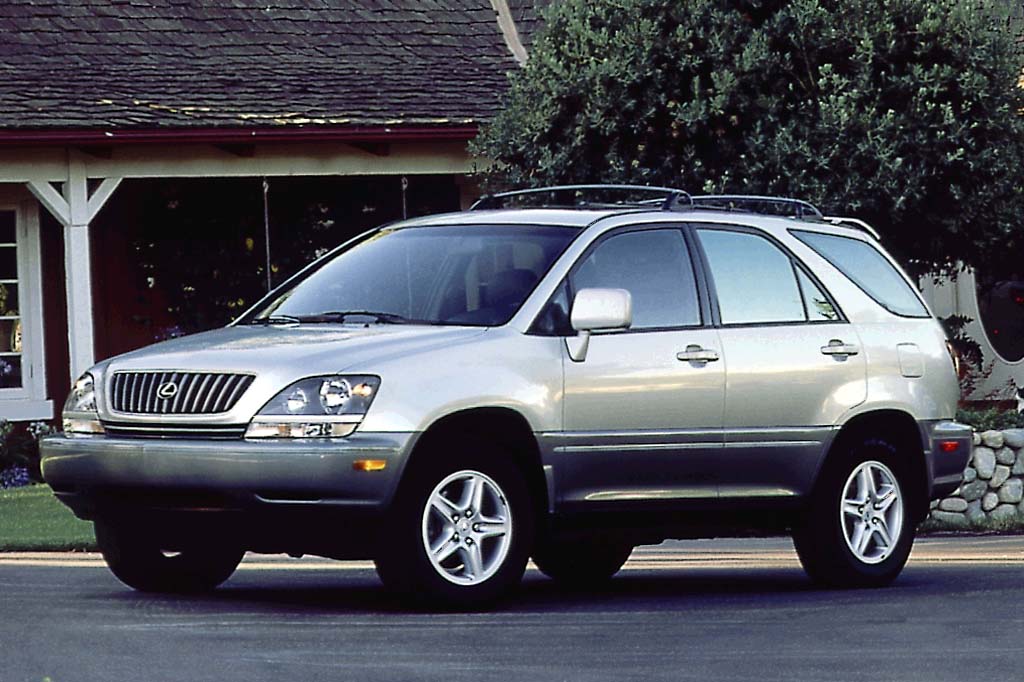 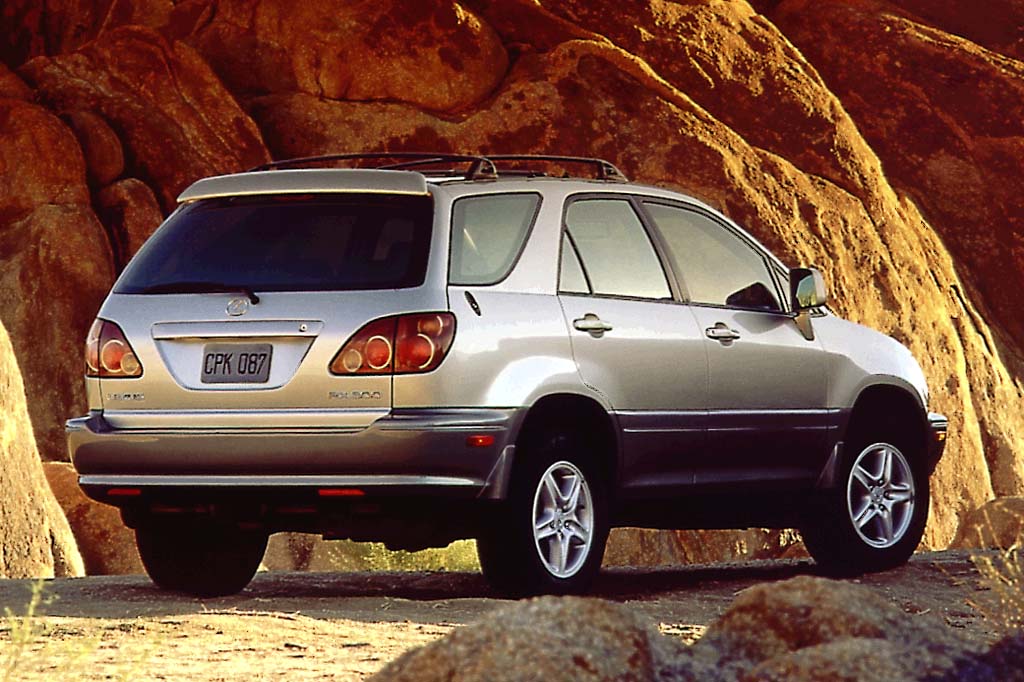 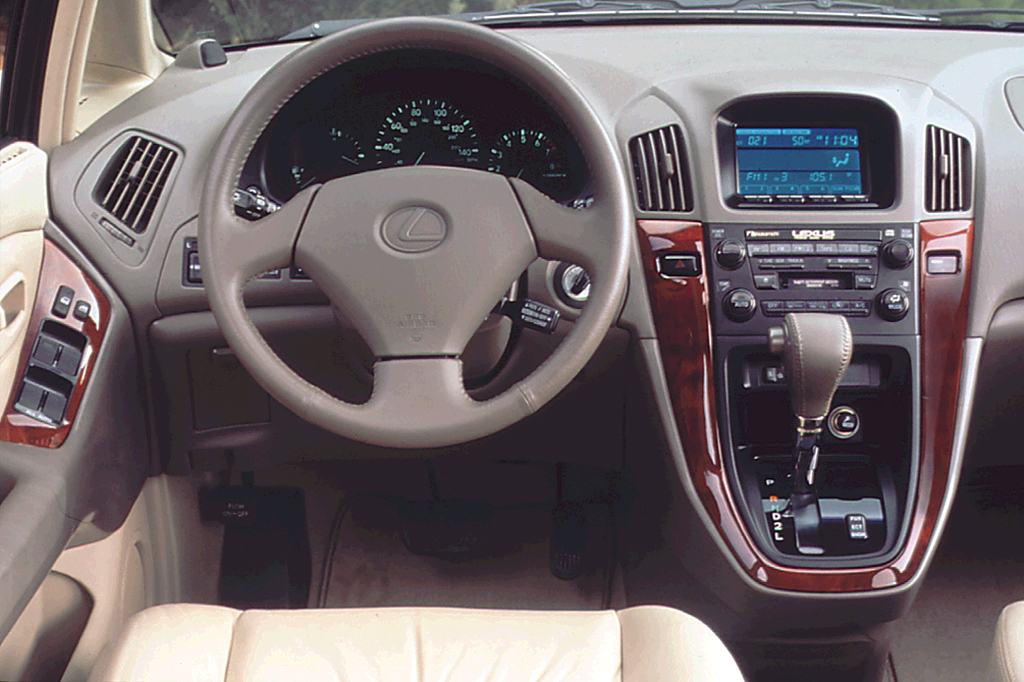 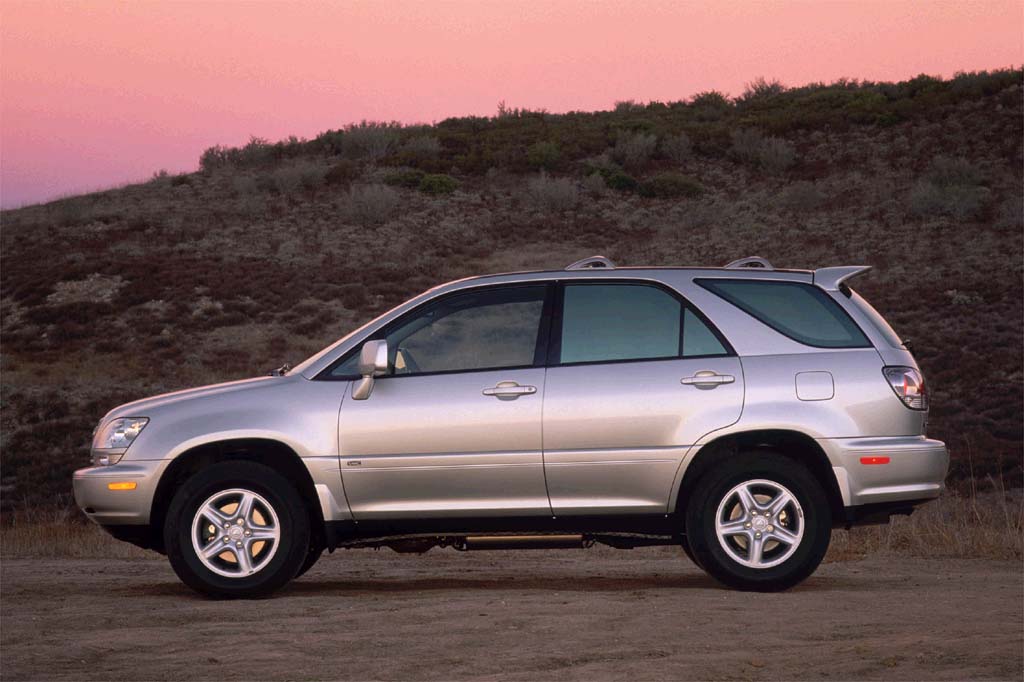 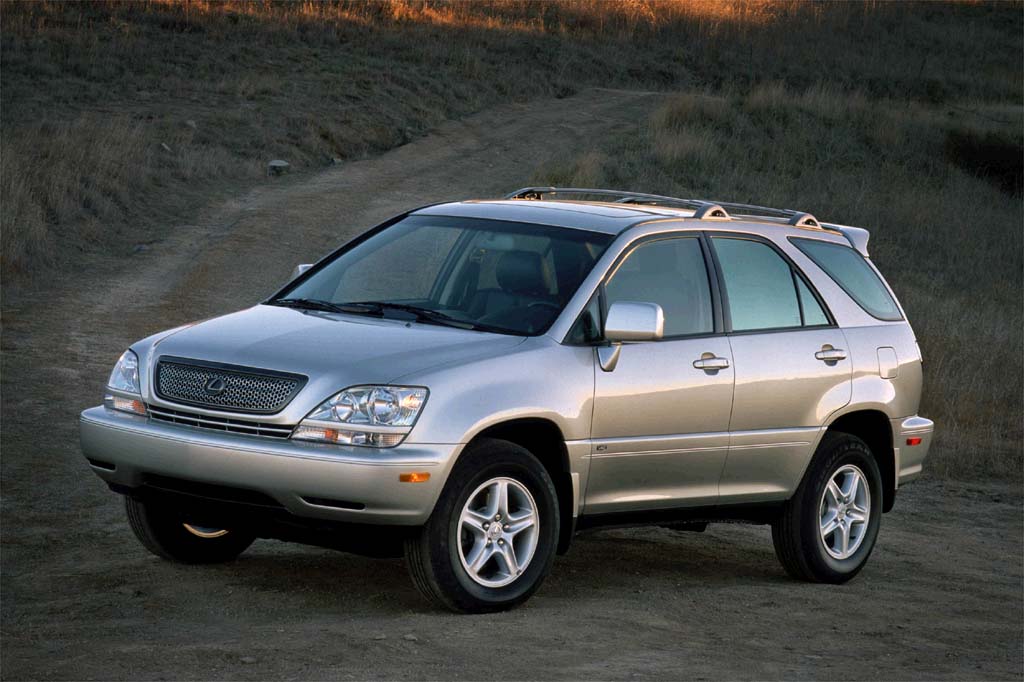 Essentially a “suburban utility vehicle” rather than a traditional SUV, the RX 300 is posh, refined, roomy, and pleasant to drive. Strong demand keeps prices high, but we recommend it highly.

With the RX 300, Lexus became a pioneer in what came to be called “hybrid” or “crossover” vehicles, which blend the attributes of a truck and a passenger car. Introduced as an early 1999 model, it quickly became the top Lexus seller. Available with front-wheel drive or permanent all-wheel-drive, the new-wave four-door SUV was based partly on a passenger-car platform, but had a personality all its own. Exterior dimensions were similar to Jeep’s Grand Cherokee, with a 7.5-inch ground clearance. Absence of low-range gearing marked Lexus’s new model as an all-weather on-road wagon, rather than a true off-road 4×4. Sole powertrain was a 3.0-liter V6 engine with variable-valve timing, coupled to a four-speed automatic transmission. The gearshift lever protruded from the center console. Towing capacity was 3500 pounds. Seat-mounted front side airbags and antilock all-disc brakes were standard. Handy touches included full automatic-up/down power windows, two tiers of drawers in the center console, and large map pockets in each door. Two small underfloor bins flank a covered spare-tire well.

Whether it has front-drive or all-wheel drive, an RX 300 delivers snappy off-the-line acceleration and has plenty of power throughout the speed range. The V6 is a model of refinement, augmented by flawless transmission behavior–though some early units exhibited uneven shifting until warmed up. An early 2WD model did 0-60 mph in 8.2 seconds and averaged 16.3 mpg–short of EPA estimates but better than most midsize SUVs. All-wheel drive doesn’t slow it down much. An RX 300 feels like no other SUV–more like a luxury car or a minivan, unlike the posh but truck-flavored Mercedes M-Class. The ride is impressive, smothering large and small bumps with ease–better than many cars and less bouncy than most SUVs on scalloped freeways. An RX 300 corners with fine stability and little body lean for an SUV, helped by responsive steering. Still, it’s too big and heavy to be a truly sporty handler. Routine braking is good, though the pedal might be a trifle spongy. Some tire noise occurs on coarse pavement, but the RX 300 is pleasingly quiet overall–except with the sunroof open, when wind rushes past with a mighty roar. Entry/exit is a simple matter of stepping in and out. Five adults can ride without complaint, and the center-rear position matches the comfort of the supportive outboard seats. The driver sits commandingly high, but roof pillars may be too thick for best outward vision. The tilt steering wheel does not adjust to suit everyone. Though it works well enough, the video-screen display for climate and audio settings is unorthodox and a little gimmicky. Other instruments and controls are attractively arranged, large, and functional.

Conversion of the back seat is convenient, but the load floor isn’t so long with seats up, and liftover is relatively high.