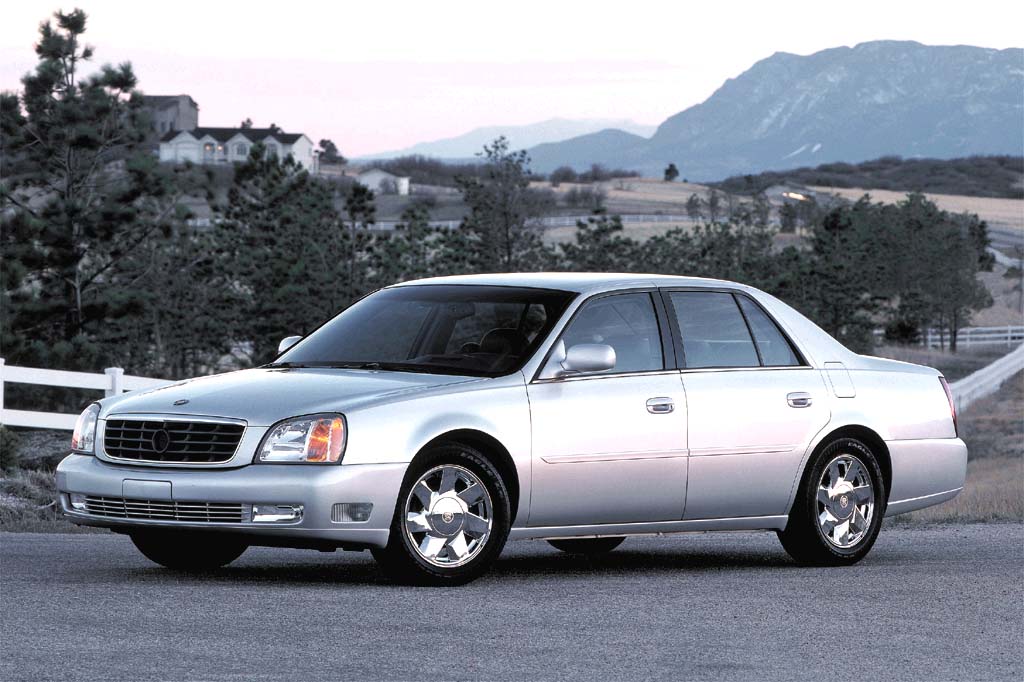 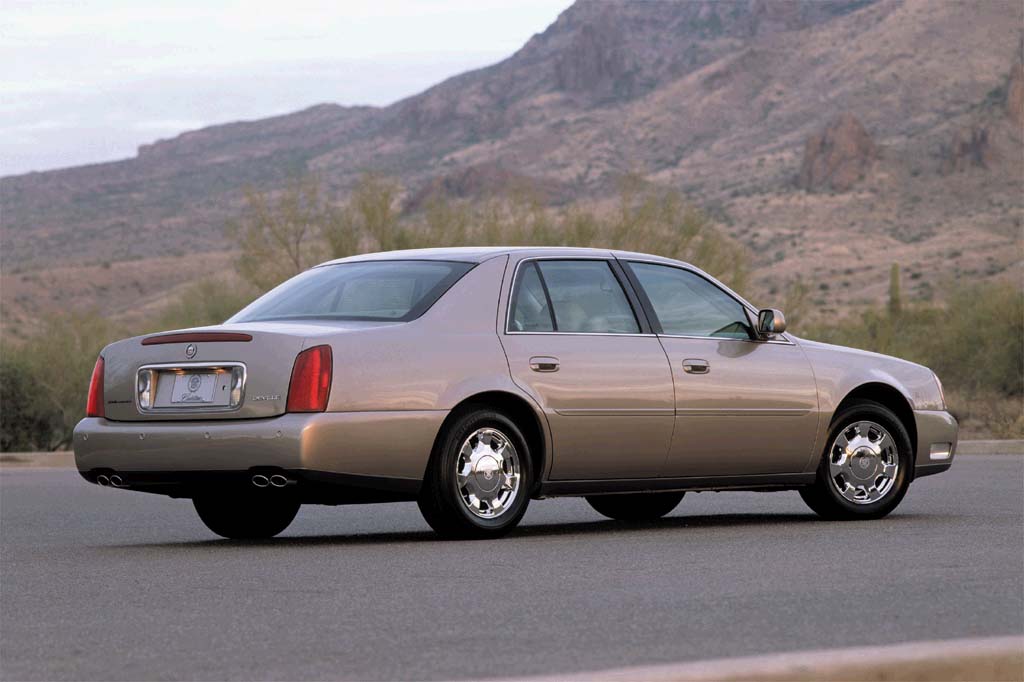 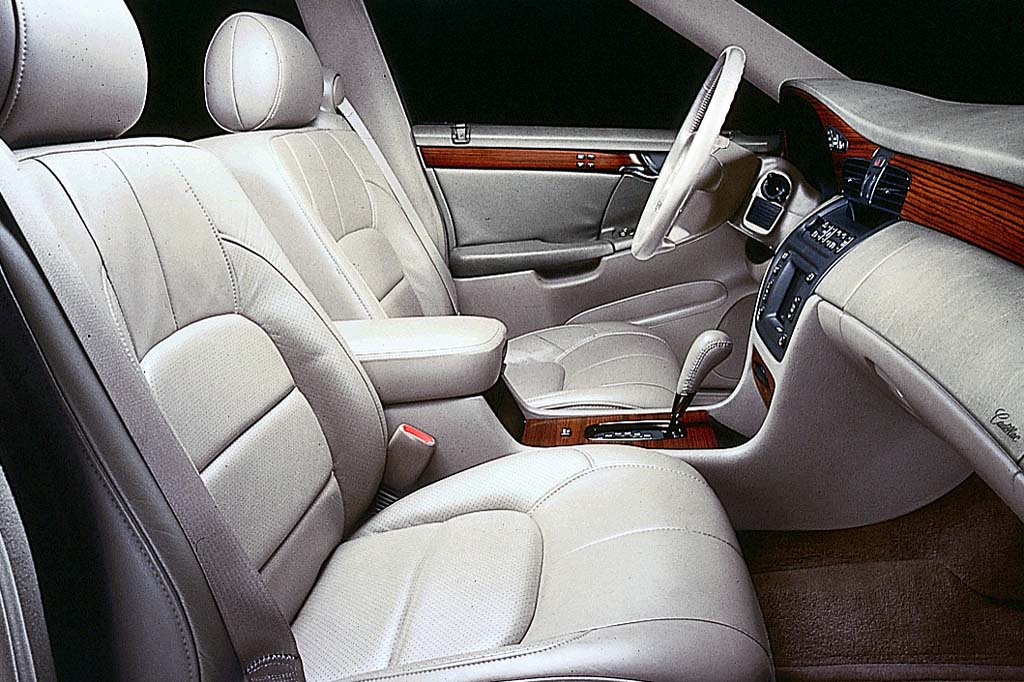 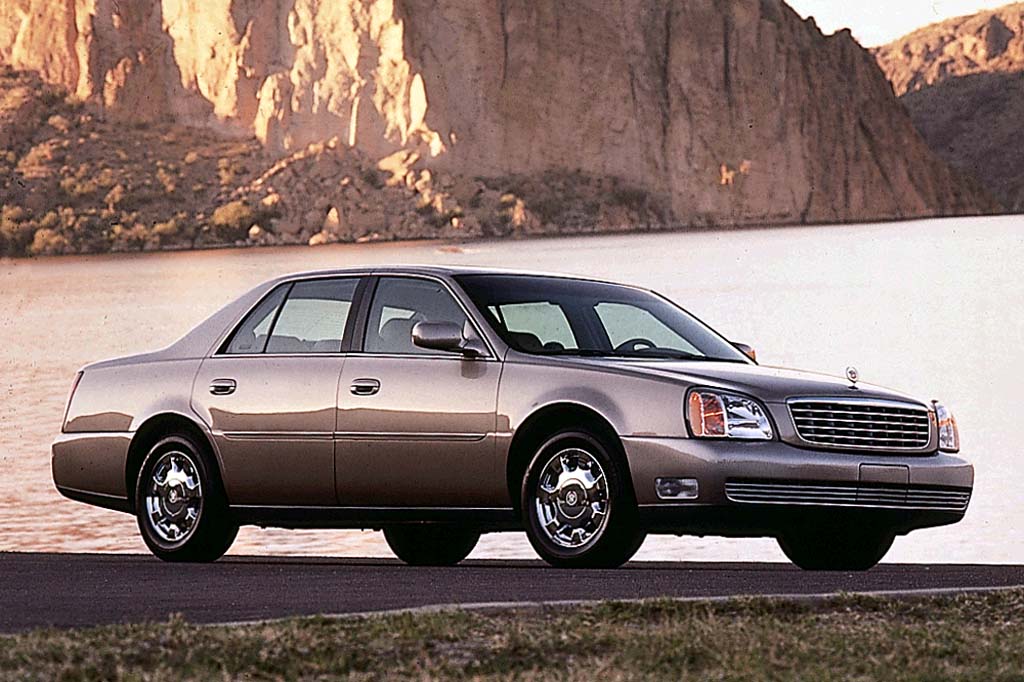 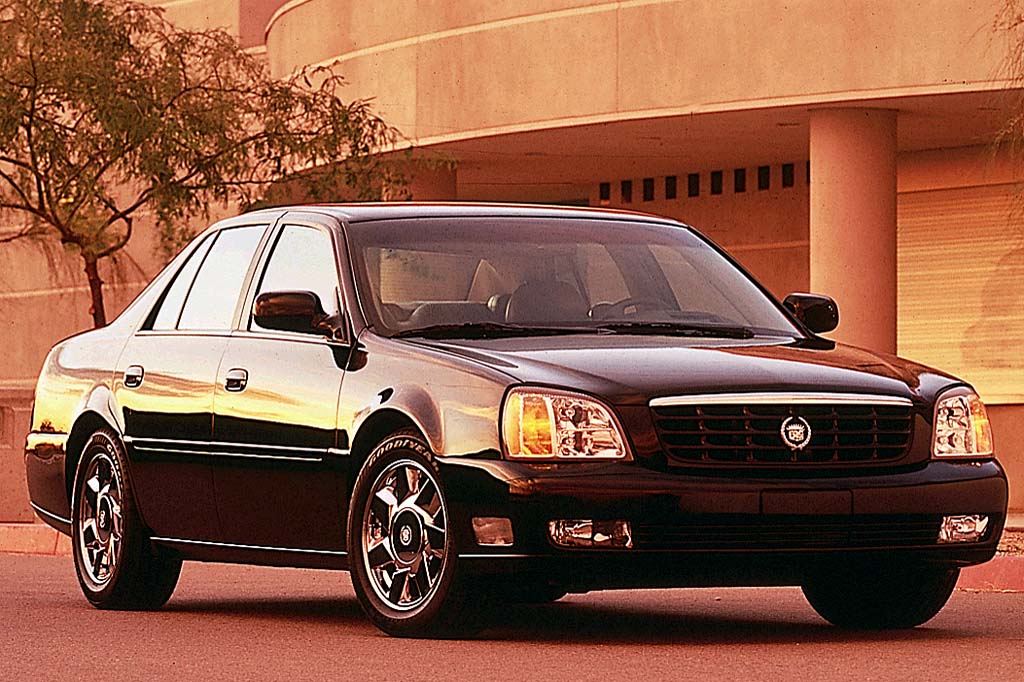 Spacious and powerful, the DeVille is loaded with jet-age gizmos. Priced below most V8 luxury rivals, it has a markedly different appearance than DeVilles of the past, which pleases some potential buyers but may distress others. Ride and handling are on a par with the world’s most prestigious luxury sedans, accompanied by energetic performance.

Deville was redesigned with all-new styling for 2000, losing some of the traditional look. Wheelbase grew by 1.5 inches, but the body actually was two inches shorter and narrower than before. DHS (DeVille High Luxury Sedan) and DTS (DeVille Touring Sedan) models were added, replacing the D’Elegance and Concours editions. Under the hood sat familiar Northstar V8 engines, making 300 horsepower in the DTS and 275 bhp in other models. Traction control and all-disc antilock braking were standard. Standard on DTS were Cadillac’s StabiliTrak antiskid system (optional on other models) and a Continuously Variable Road Sensing Suspension. All DeVilles had GM’s OnStar emergency/communications system, front side airbags, and newly optional rear side airbags. New taillamps used LED technology, said to illuminate faster.

Digital instruments went into base models, versus analog gauges in the others, which also had standard leather upholstery and a lumbar-massaging front seat. The DHS added power rear-seat lumbar adjustment, a power rear-window sunshade, and manual shades for back-door windows. New steering-wheel audio and climate controls were used, with a separate back-seat temperature adjustment. A satellite navigation system and Night Vision–an industry “first”–were optional on DHS/DTS models. Night Vision used infrared technology to project an image of the view ahead into the windshield. A new ultrasonic Parking Assist option provided audible and visual warnings.

Two different Northstar V8 engines were used, developing 300 horsepower in the DTS sedan and 275 bhp in the base model and DHS. All DeVilles had a four-speed automatic transmission.

Poised on the road, a DeVille DHS easily holds its own against imported luxury sedans, with a ride that’s comfortable yet controlled. Acceleration is outstanding, as a DeVille is able to reach 60 mph in as little as 7 seconds. The refined powertrain features a smooth and responsive automatic transmission. As for gas mileage, a DTS sedan with the 300-bhp engine averaged 14.6 to 16.7 mpg. Cadillac recommends premium fuel, but regular is acceptable and does not affect performance by much. Few sedans are more spacious or comfortable than a DeVille. Front seats provide fine support and stretch-out room in outboard position, though the middle occupant of the front bench is likely to feel squeezed. Leg clearance in back ranks as limousinelike, with a firm, generous cushion that’s wide enough for three adults. All doors open exceptionally wide for easy entry/exit. Whether digital or analog, gauges are unobstructed and legible. Though abundant, controls on the dashboard and steering wheel are large and clearly labeled. Outward visibility is generally good, but thick rear roof pillars hamper over-the-shoulder vision. The big trunk opens to bumper level. Cabin materials and workmanship are competitive with imported luxury cars, and notably better than other domestics. Two exceptions are the low-budget plastic in the dashboard center and crude movement of vent adjusters. Cadillac’s Night Vision option is most useful in rural areas, displaying a moving image in the windshield that resembles a photographic negative. It does not interfere with normal forward vision, and can be switched off.