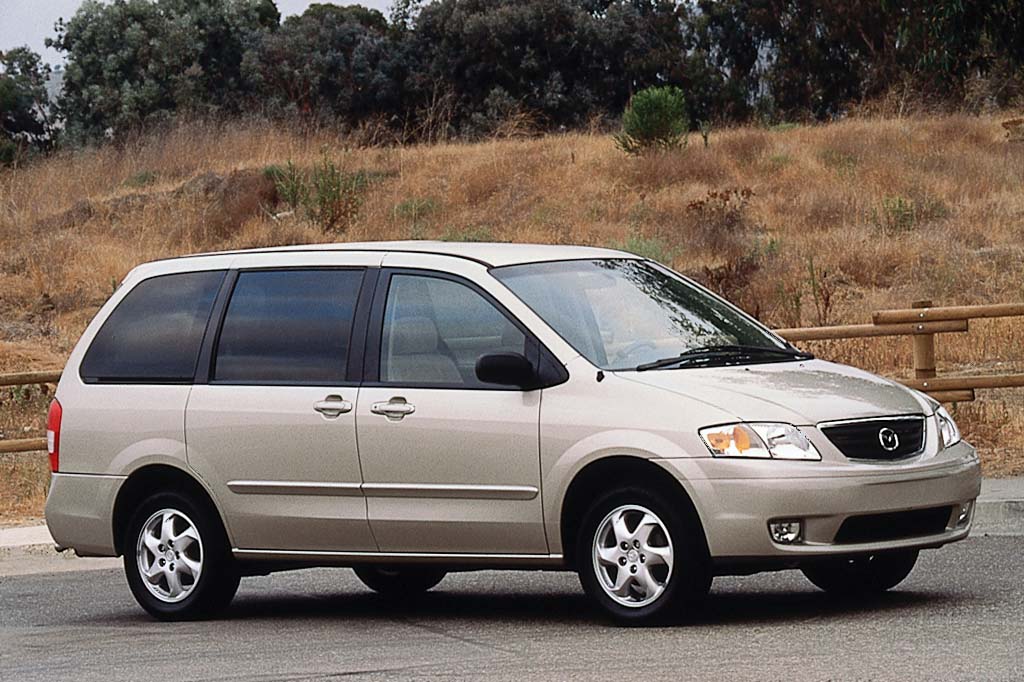 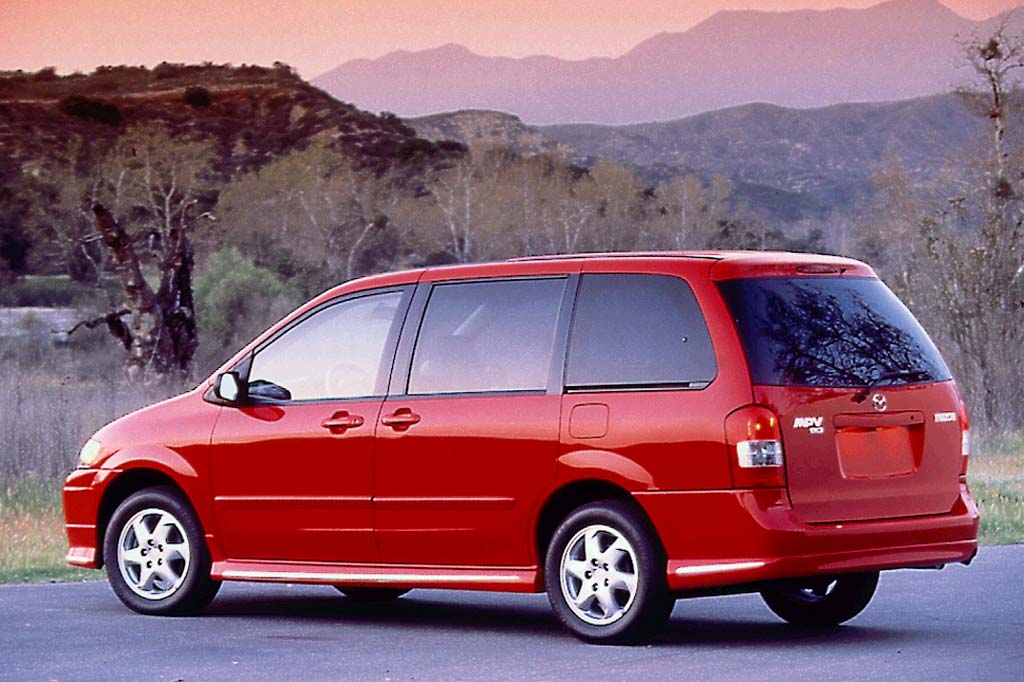 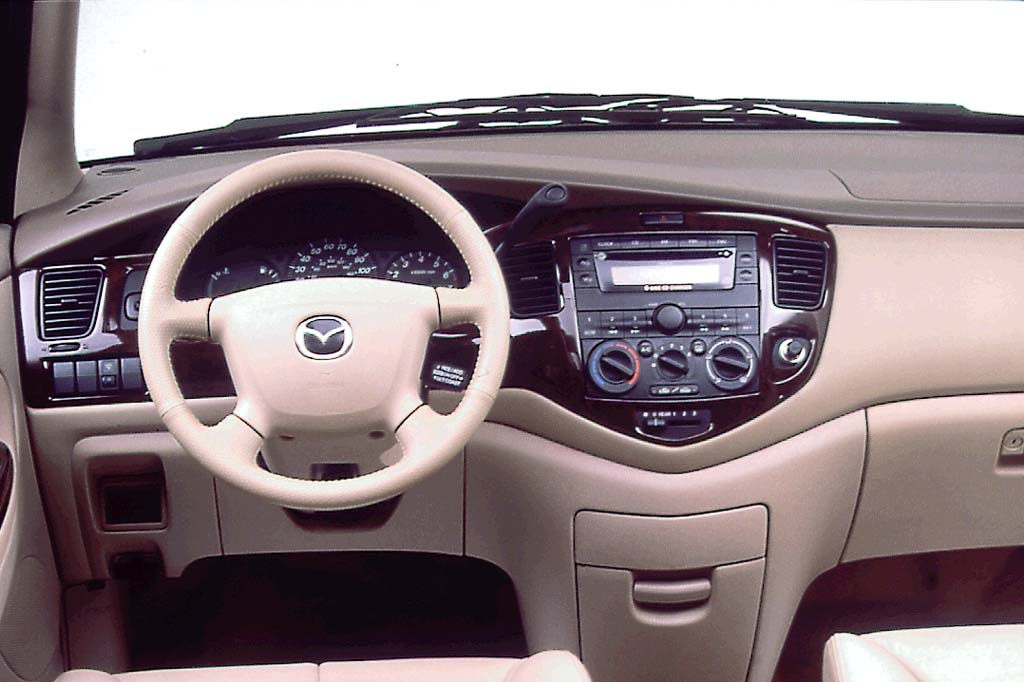 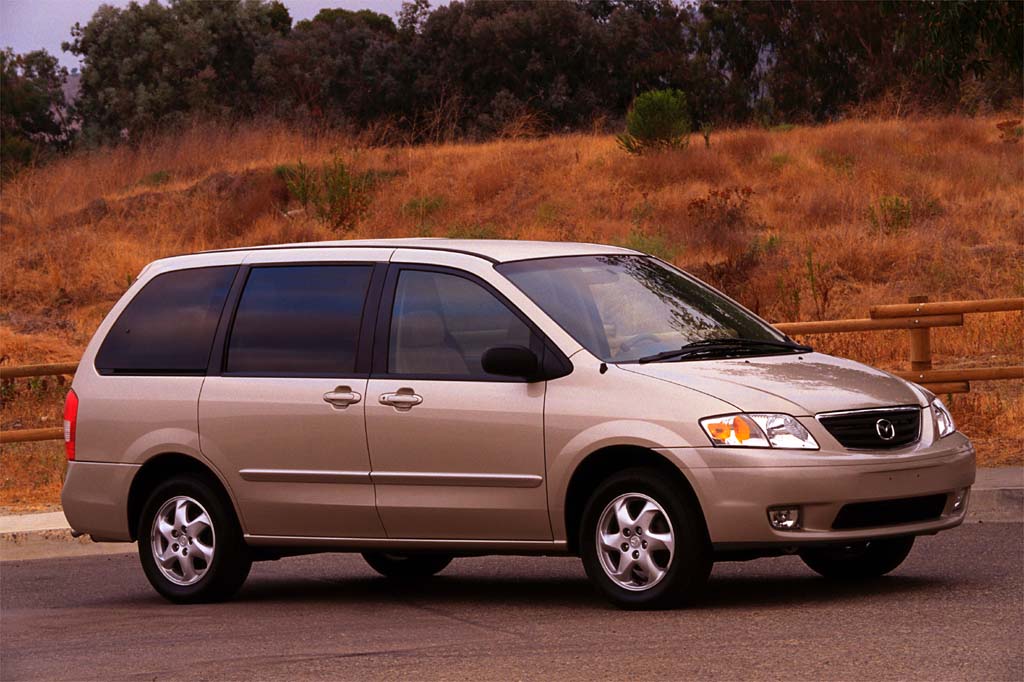 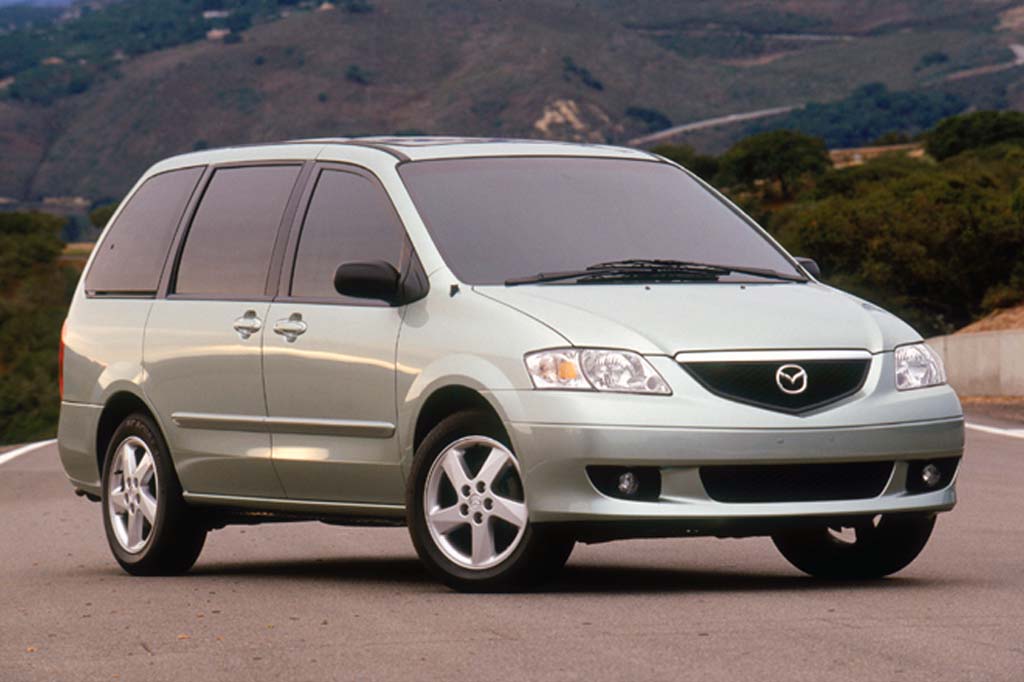 Although the small 2000-01 engine is easily overtaxed, the MPV does an admirable job of packaging people and cargo, while delivering sporty handling. Still, a Caravan or Odyssey is roomier and more powerful.

Built in Japan, Mazda’s minivan earned its first redesign since the vehicle appeared back in 1989. Sliding rear side doors replaced the previous swing-out doors. Instead of rear-wheel drive, the 2000 model had front-wheel drive.

Base DX, upscale LX and luxury-oriented ES versions went on sale. All used a 2.5-liter, dual-overhead-cam V6 engine, based on a Ford design. (Ford was Mazda’s parent company.) A four-speed automatic was the sole transmission.

Antilock braking was standard on LX and ES models, but not available at all on the DX. Dual sliding side doors contained roll-down windows, which ranked as a minivan “first.” Power door operation was not available.

Trimmer size brings performance benefits, however, led by good handling. With 16-inch wheels, an MPV carves corners with outstanding balance and grip. Close-quarters maneuverability also is impressive. Steering is faithful and communicative, antilock braking is linear and strong, the ride is flat, and bumps are absorbed capably.

On the downside, until the 3.0-liter V6 arrived for 2002, the vehicle was simply too heavy for its engine. Progress is okay from a standing start and in flatland cruising, but the early MPV feels underpowered in hilly terrain and when passing. In addition, its automatic transmission tends to settle into the least-optimal gear, then downshifts too late to be of much value. The 2.5-liter V6 also emits a coarse growl under even moderate throttle, though other sound levels are pleasantly low.

Despite its relative compactness, the MPV doesn’t feel cramped. Front seating is spacious. Front- and second-row cushions are comfortably thick and supportive, though the third-row bench is flat and hard. The sliding second-row arrangement is useful, but exposed floor tracks may collect debris. Second- and third-row knee clearance is adequate for 6-footers.

Attractive, readable gauges and simple controls are pleasing, though the gear selector blocks some radio buttons. Entry/exit isn’t so convenient because side doors don’t open far.

Performance definitely improved (though not dramatically so) with the bigger 2002 engine, though air-conditioner output is modest.