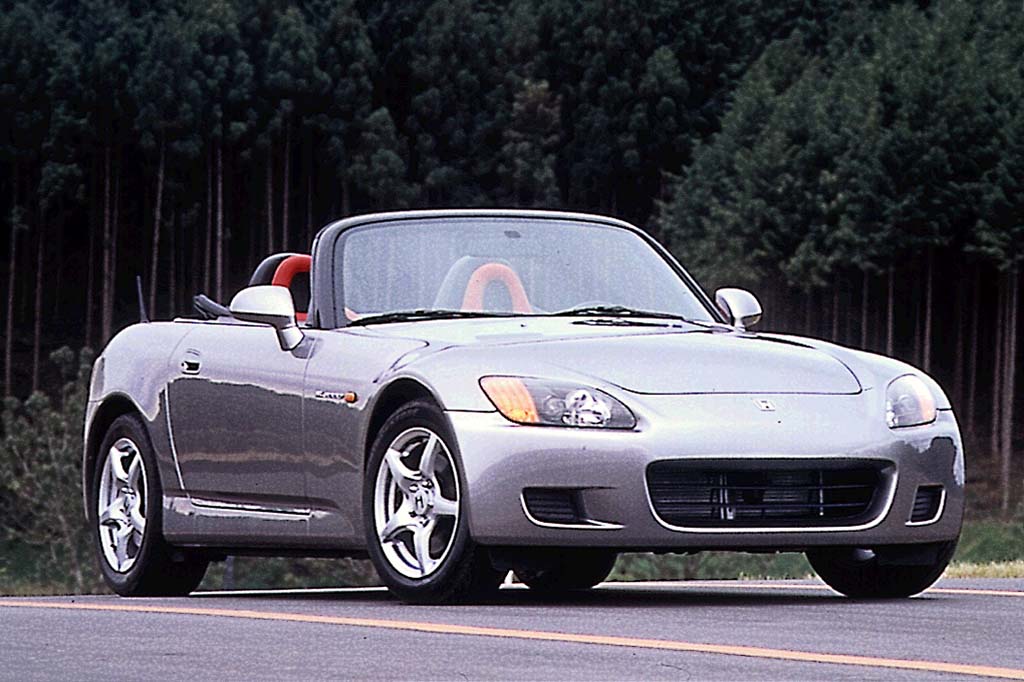 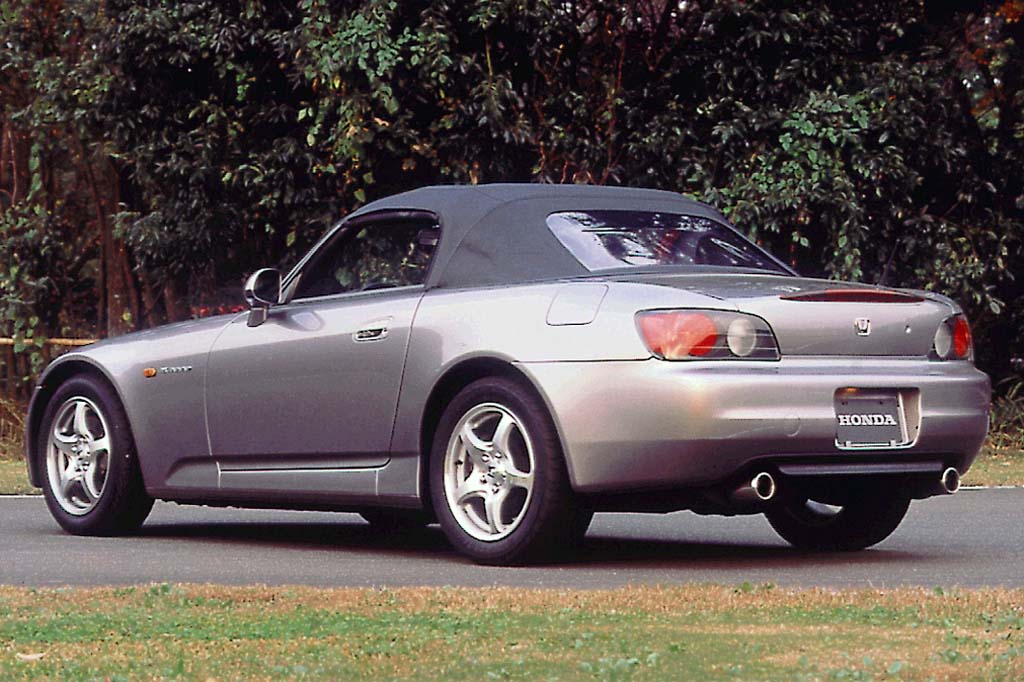 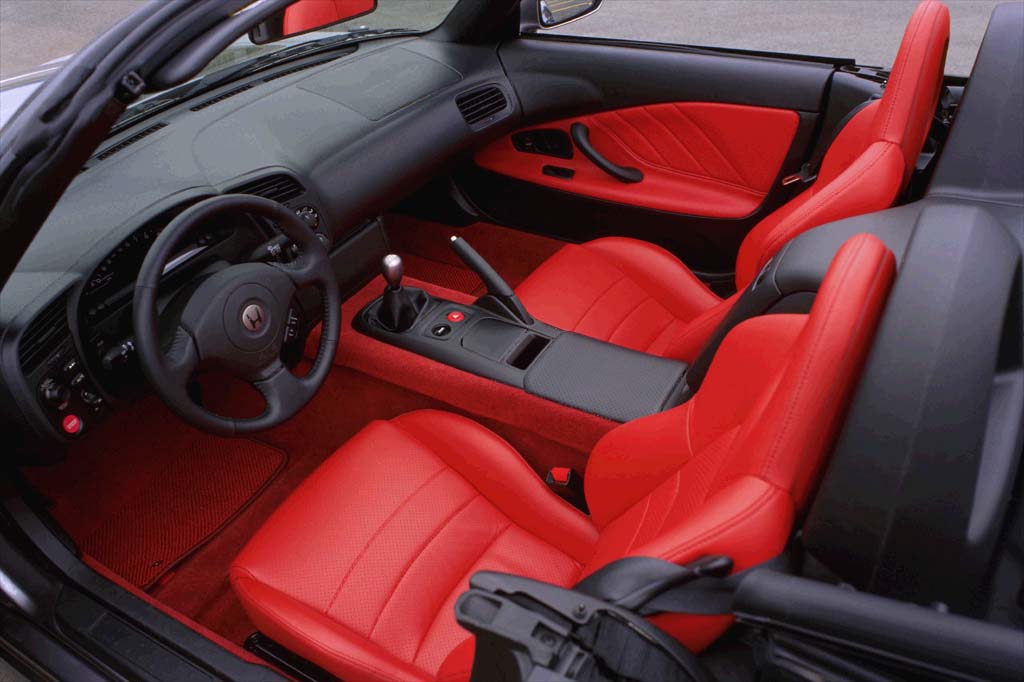 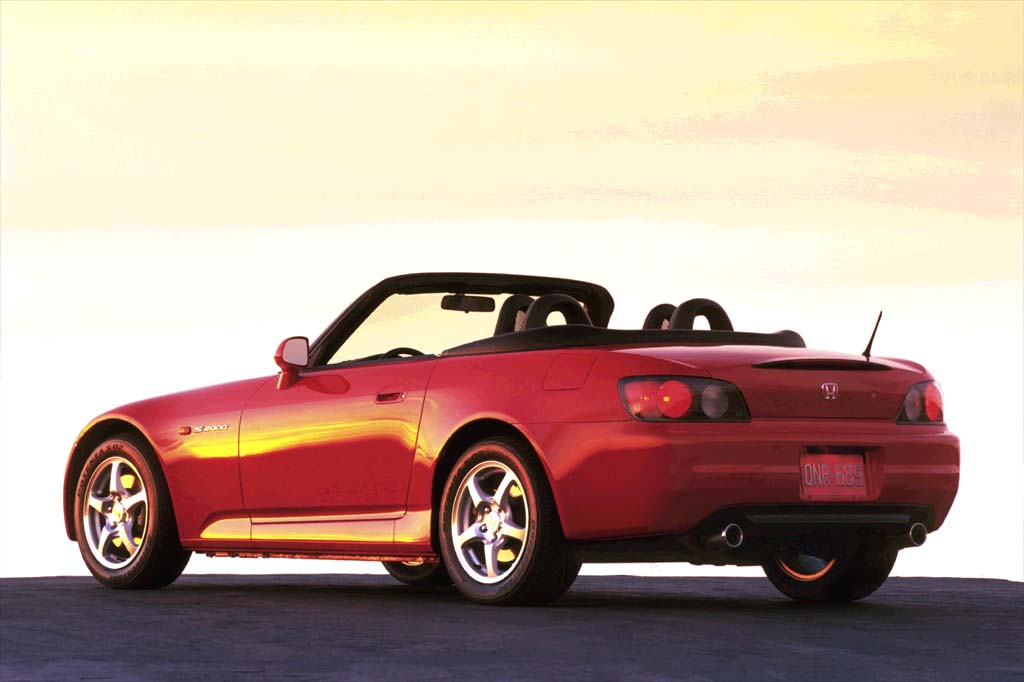 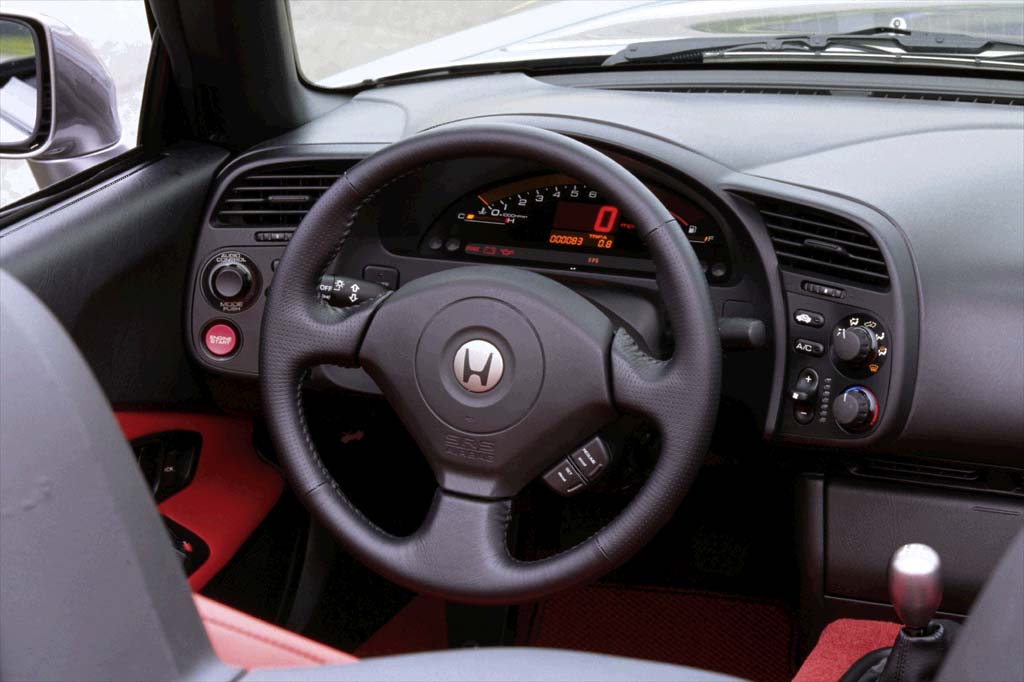 Made for performance and to reflect Honda’s racing heritage, the S2000 lacked a few basic items, such as a glovebox. Curiosities included a digital speedometer and a red Start button on the left of the dashboard, rather than the usual key starter. The power folding top had a plastic rear window.

Not only did the S2000 offer optimal 50/50 weight distribution, but it featured a race-inspired in-wheel suspension, aimed at precise handling. Body styling made use of angular, chiseled forms, evolved from the SSM concept car seen at the 1995 Tokyo Motor Show. Functional roll bars were installed behind the seat.

Side-impact airbags were not available, but a removable aluminum hardtop was optional. Rivals ranged from the Audi TT and BMW Z3 Series to the Mazda Miata, Toyota MR2 Spyder, and Chevrolet Corvette.

Only one powertrain has been available under S2000 hoods: a 2.0-liter, dual-overhead-cam four-cylinder engine rated at 240 horsepower, driving a six-speed manual transmission. The 2.0 liter 4-cyinder grew to a 2.2 liter in 2004, with torque jumping from 153 lb-ft to 161 lb-ft.

This one is made for fun, promising breathtaking acceleration, extraordinarily powerful braking, and razor-sharp handling talents. Similarities to any other Honda models are minimal, led by the two-seater’s stiff, often jolting ride. The S2000 also suffers intrusive engine and exhaust noise levels, in all but gentle cruising. Squeaks and rattles were evident on some cars when nearly new.

On the plus side, an S2000 yields thrills on the open road. Because the high-strung engine has a dizzying 9000-rpm redline limit, with little usable power below 5000 rpm, it performs best when driven aggressively with lots of shifting. Fortunately, that task happens to be wrist-flick easy with the super six-speed gearbox, which functions with a short lever and extra-short throws. Still, it’s not lifeless at lower engine speeds. A test S2000 accelerated to 60 mph in 6.7 seconds and averaged 23 mpg, despite some hard driving.

Handling is racetrack-precise, simulated panic stops are short and undramatic, but daily commuting and everyday errands are not this car’s forte. Six-footers barely fit into the cozy cockpit, which offers minimal storage space. Most controls are close, and the unique digital dashboard is readable even in direct sunlight. Low, tiny main controls for the poor-sounding audio system are another annoyance. Air conditioning struggles to keep the compact interior cool, too.

The power top is a snap to operate, but had a plastic rear window until 2002, as well as a lack of sound insulation and a finicky tonneau cover.