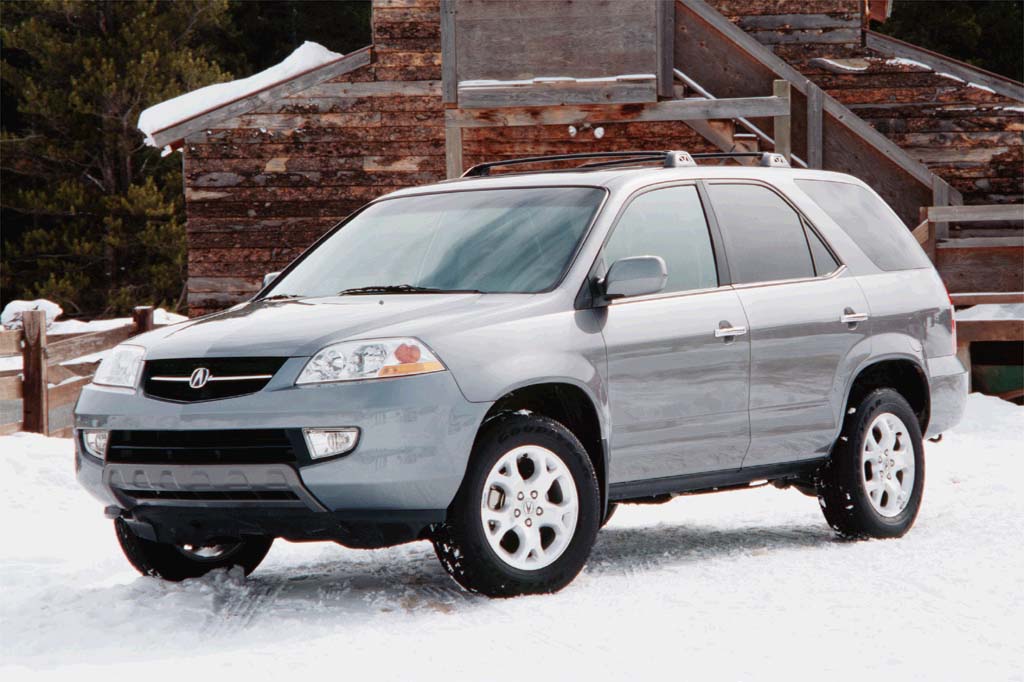 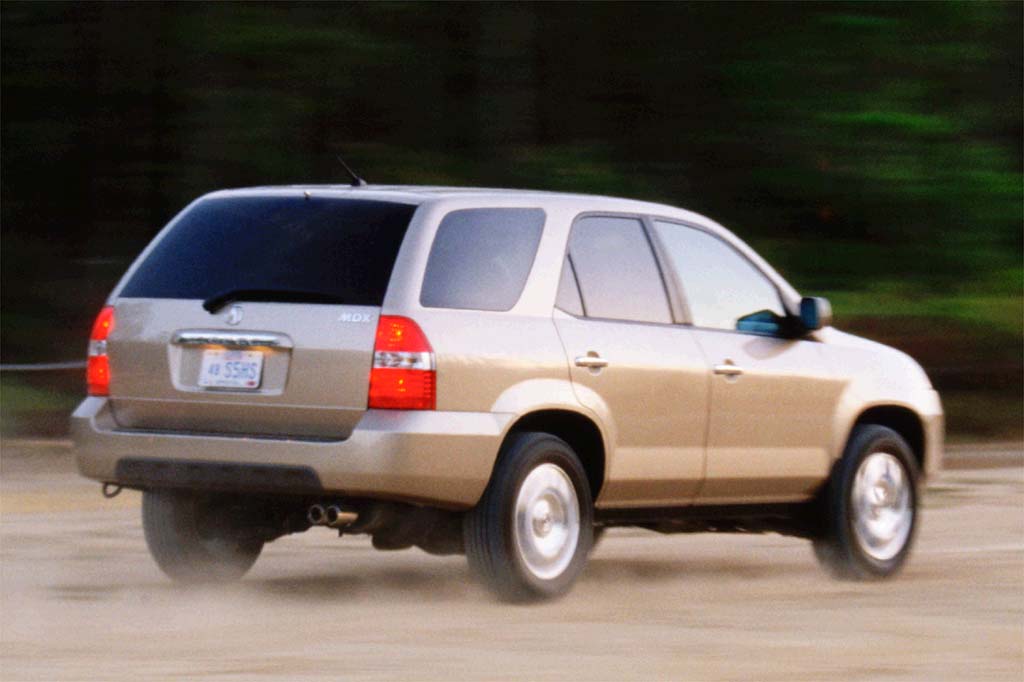 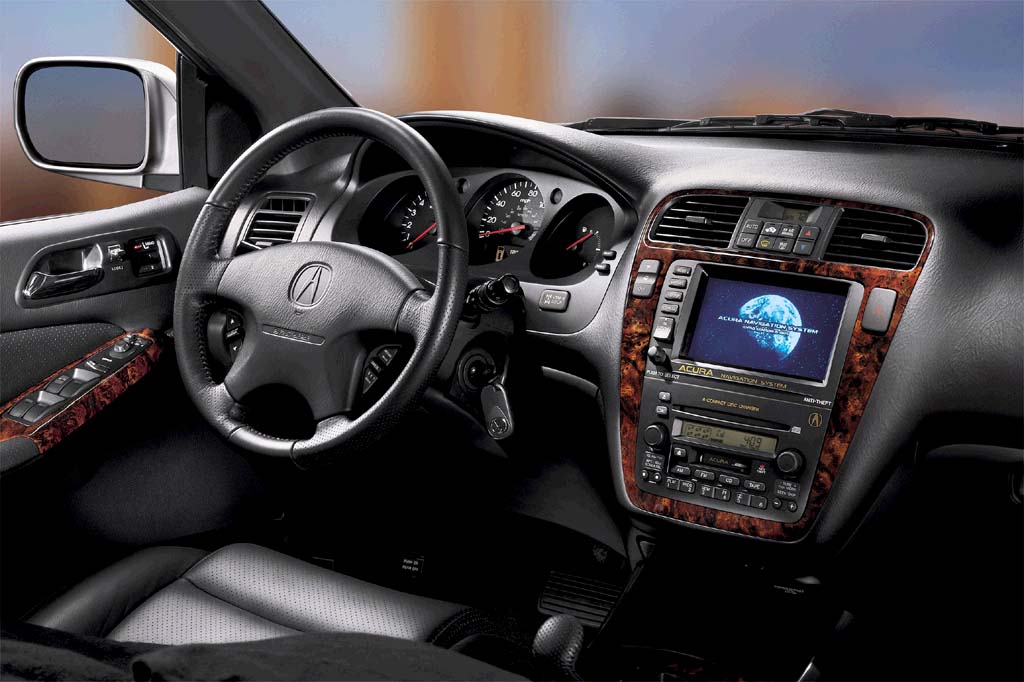 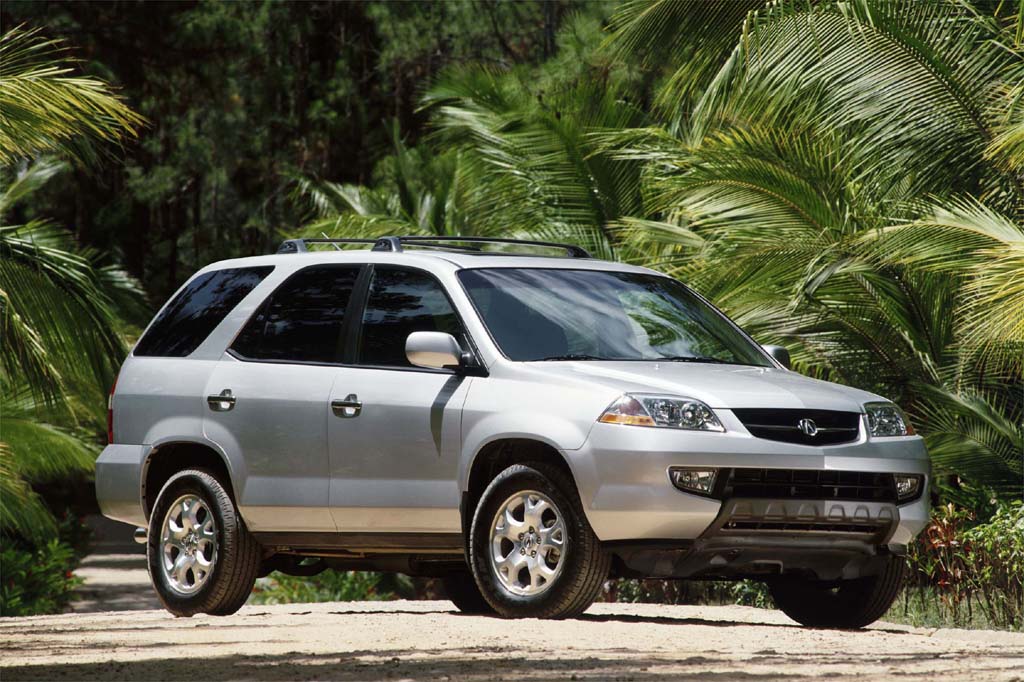 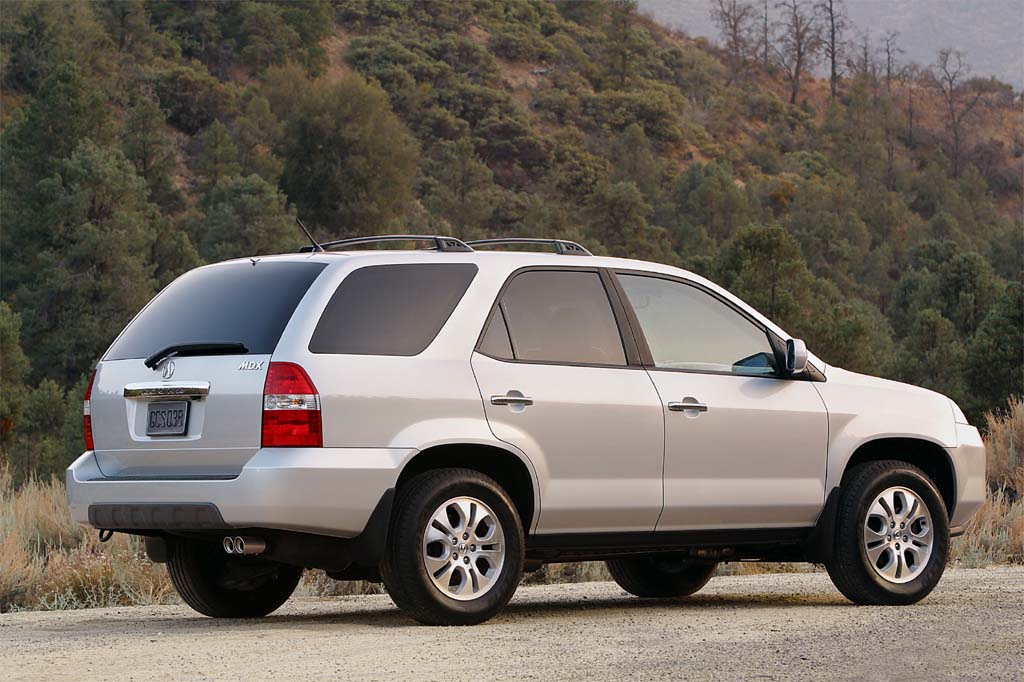 Although the MDX was a late arrival in the SUV market, Acura did its homework and the vehicle quickly became a hot seller. An MDX is competent, comfortable, and convenient–a must-see model for near-luxury SUV shoppers. Overall refinement and generous standard equipment make MDX a fine value, new or used, though the ride can be truck-lumpy at times.

Honda’s upscale division designed and built this all-wheel-drive midsize sport-utility vehicle to compete against the popular Lexus RX 300 and other car-based SUVs. Based on the Honda Odyssey minivan platform, the MDX (“Multi Dimensional Luxury”) is about 5 inches longer than a BMW X5 and 8.5 inches longer than a Lexus RX 300. Both of those competitors seat five, however, while the MDX holds seven occupants. Additional rivals include the Ford Explorer, GMC Envoy, Mercedes-Benz M-Class, and Toyota Highlander.

Under the MDX hood sat a more powerful version of the Odyssey’s 3.5-liter V6, producing 240 horsepower and linked to a five-speed automatic transmission rather than a four-speed. Standard Variable Torque Management (VTM-4) four-wheel drive normally powers the front wheels, but is designed to sense impending wheel slippage and direct up to 52 percent of power to the back wheels when needed. A rear-wheel locking device kicks in for maximum traction below 6 mph, but no low-range gearing was included. An MDX can tow a 3500-pound trailer or a 4500-pound boat.

Second- and third-row bench seats were standard. As in the Odyssey, the third-row seat folds into the rear cargo floor. So does the second-row seat, which was an SUV “first.” Both seats were split, so sections can stow individually to suit passenger/cargo loads.

Coming across as a highly competent and pleasing compromise, the MDX feels more nimble than a Lexus RX 300 and lighter on its feet than a Mercedes ML, if not quite as athletic as a V8 BMW X5. Road manners are carlike and even sporty, at reasonable cornering speeds.

The suspension is firm, but not jolting, over most large bumps, furnishing a nice balance between ride comfort and handling ability–though a Lexus RX or Toyota Highlander is better at ironing out lumpy freeways. Body lean isn’t excessive, particularly by SUV standards. Brakes have good stopping power, with little nosedive.

Acura’s 3.5-liter V6 pulls a lot of weight here, which makes it feel weaker than its power rating implies. Even so, acceleration is lively enough for most situations, aided by the transmission’s smooth, prompt downshifts. A test Touring model accelerated to 60 mph in 8.7 seconds. Fuel economy ranks slightly above the six-cylinder midsize SUV norm, but premium fuel is needed. A test MDX averaged 17.8 mpg in city/freeway driving.

Tire hum and highway wind rush are noticeable, but tolerable for an SUV. The engine is quite hushed at idle, and refined under hard acceleration.

All but the very tallest front passengers have good head and leg room in comfortable, supportive seats. The driving position is efficient, except for an awkwardly shaped left-foot dead pedal. The cabin eschews opulence for a comfortably upscale, contemporary feel.

Passengers in the second-row seat have similarly generous head room, with knee space sufficient for six-footers. It’s comfortable and wide enough for three-across adult seating, although shoulders will likely rub. The third-row seat is kid-sized, yet useful. Both back seats have reclining backrests, and second-row seats slide fore/aft. Step-in isn’t carlike, but it’s lower than many midsize SUVs.

Cargo room is modest with a full passenger load, but numerous seat-folding options help. Flush-folding second- and third-row seats have simple one-lever latches and are easy to stow for cargo hauling.

The dashboard layout is mostly clear, logical, and handy. Controls for the automatic climate system are high in the center and don’t require an attention-diverting downward look, but they’re a far reach for some drivers. Also, their indicator lights and temperature display wash out in bright sunlight. Though easier to use than some, an MDX’s optional navigation system can still be distracting.