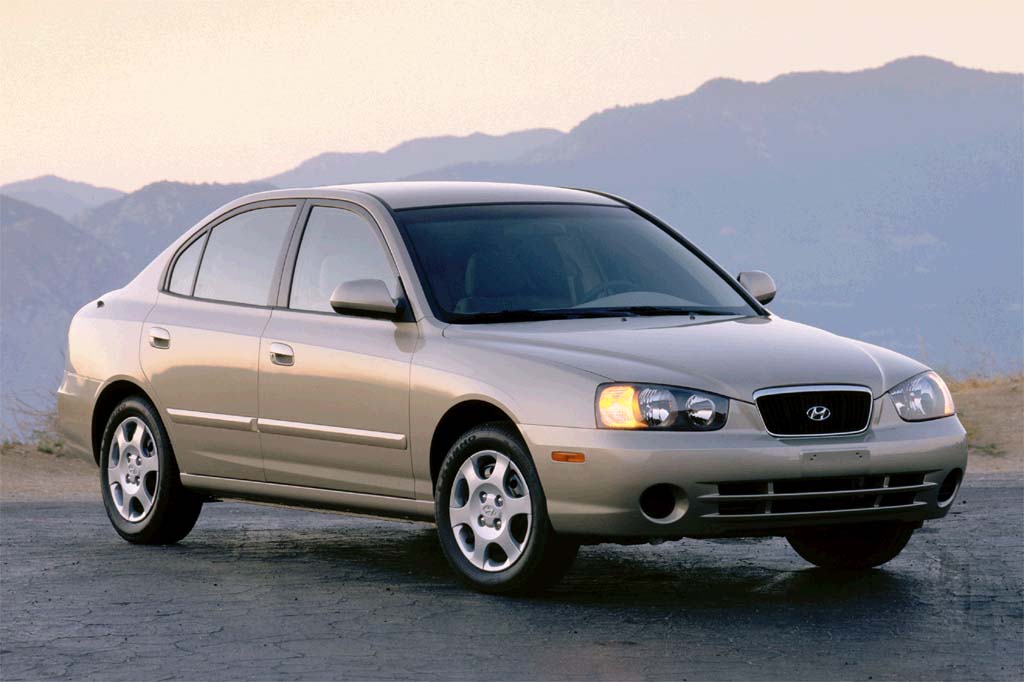 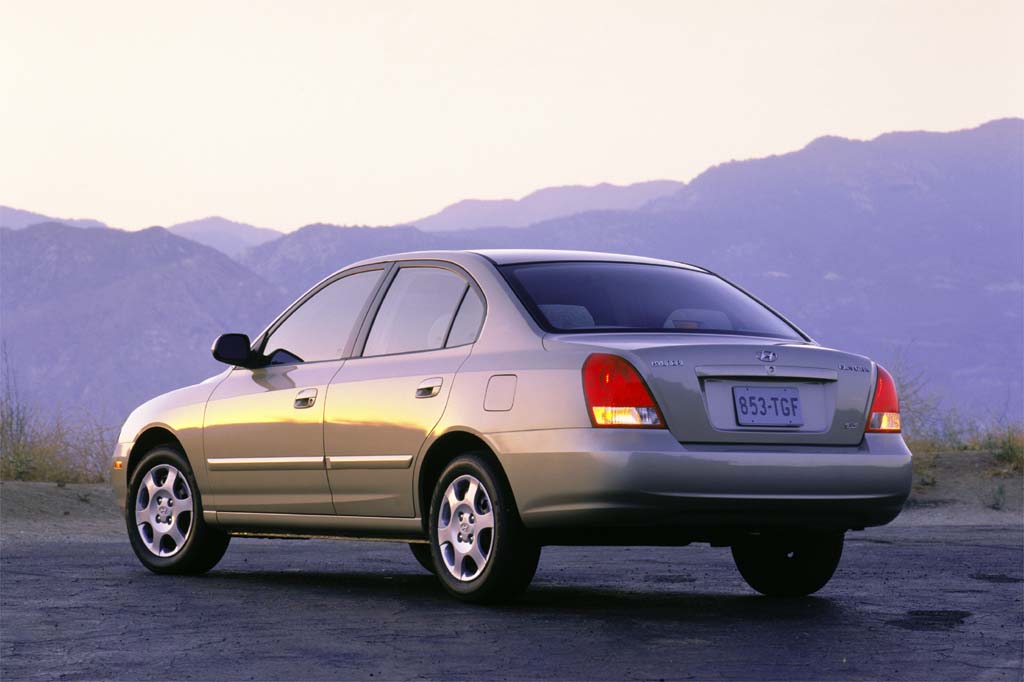 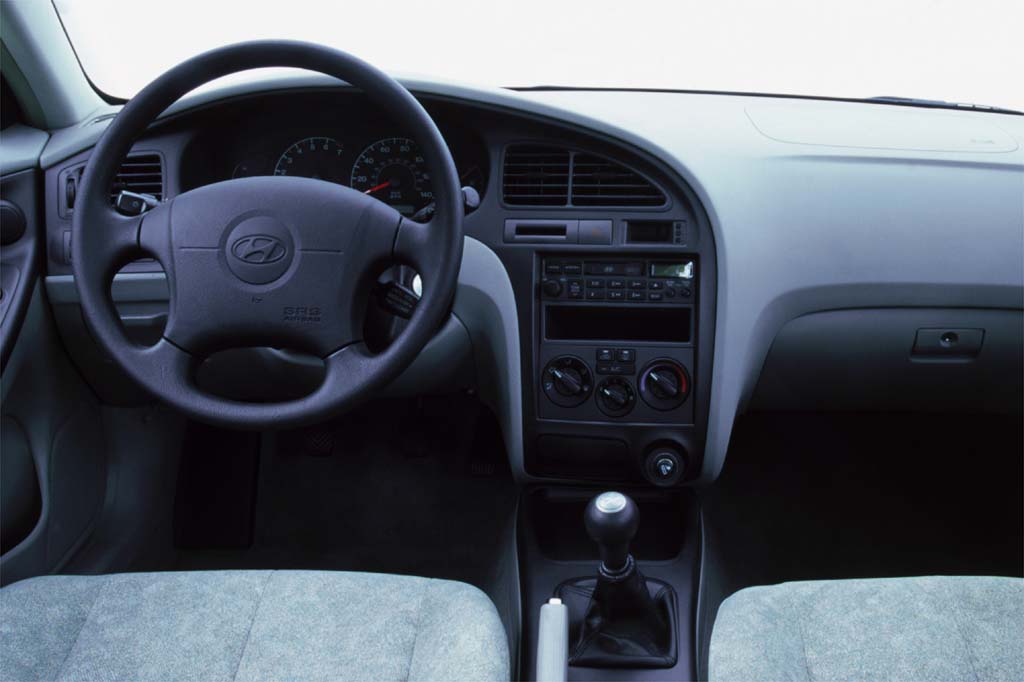 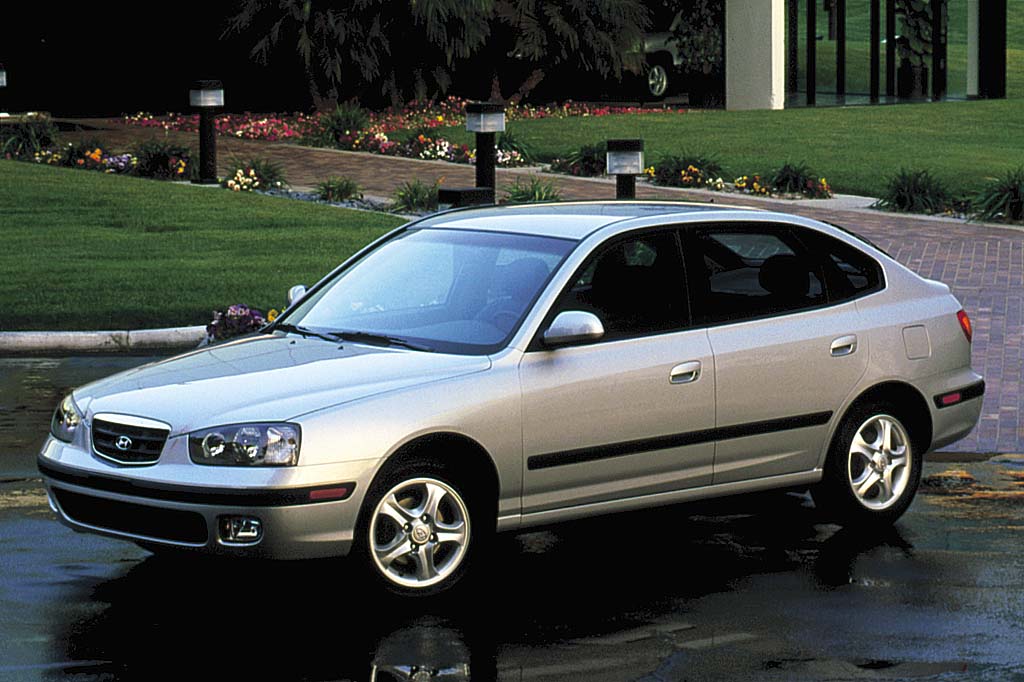 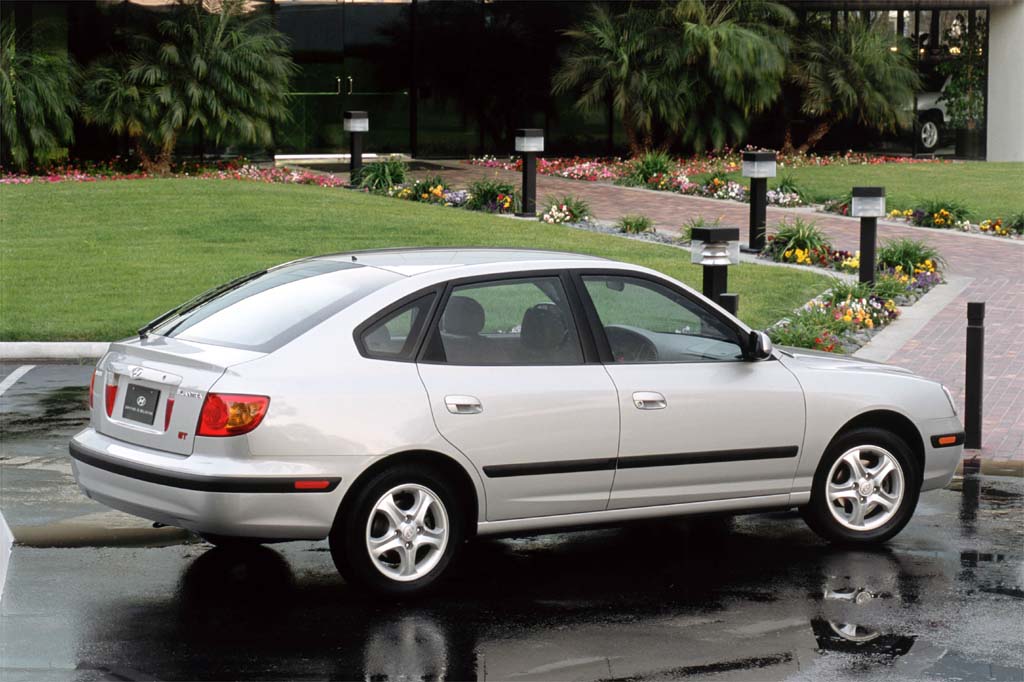 In features, comfort, and even road manners, an Elantra is a budget alternative to the class-leading (but costlier) Honda Civic and Ford Focus. Cars from this South Korean automaker haven’t earned a reputation for long-term reliability, but their resale values have been low. That can actually be good news for used-car shoppers.

No more wagons were produced, and the base sedan disappeared, leaving only a GLS sedan. The Elantra’s wheelbase grew by 2.3 inches, overall length by 3.1 inches, and height by 1.2 inches. Curb weight and interior dimensions changed little, though head and leg room shrunk slightly in the rear and increased a bit up front.

A 2.0-liter four-cylinder engine remained the only possibility, though it got new engine mounts. A revised exhaust system promised reductions in noise, vibration, and harshness.

Elantras could have a manual gearbox or a four-speed automatic transmission. Wheel diameters grew an inch, to 15. Shock absorbers were upgraded from hydraulic to gas-filled. Antilocking all-disc brakes were now a standalone option, but the regular non-ABS system stuck with rear drum brakes.

Hyundai’s dual-overhead-cam, 2.0-liter four-cylinder engine produced 140 horsepower and worked with either a five-speed manual or four-speed automatic transmission. The engine’s horsepower rating dropped by five in 2003.

In performance, maneuverability, and ride comfort, the Elantra scores reasonably well for a car of its caliber. Manual-shift models have accelerated to 60 mph in 8.4 seconds, which is brisk for a subcompact. Automatic-transmission versions have only adequate pickup, though the transmission is reasonably smooth and responsive. Fuel economy with manual shift averaged 25.2 to 25.9 mpg.

Ride quality in any model is surprisingly composed for a low-end subcompact, and suspensions absorb most rough stuff with ease. Some jiggle occurs on freeways, but not severely. The GT’s sport suspension makes little difference in ride comfort.

Steering/handling in the GLS is dull but competent. An Elantra corners with noticeable body lean but good stability.

Although an Elantra is not midsize-car spacious, six-footers will have no complaints, though tall drivers might like more rearward seat travel. A height-adjustable seat is standard.

Visibility is fine in the sedan, and a bit better in the sloped-tail hatchback. Another pleasant surprise is rear room/comfort. Though too narrow for three adults, head and leg room are good for two, along with adequate foot space. Narrowish rear-door thresholds don’t severely impede entry/exit.

The sedan trunk isn’t of class-leading size, but is adequately roomy. The GT combines hatchback versatility with four-door convenience.