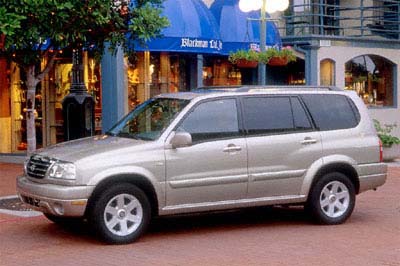 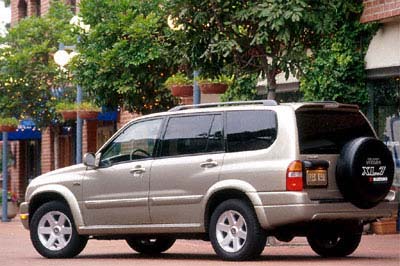 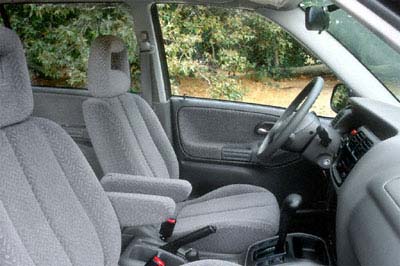 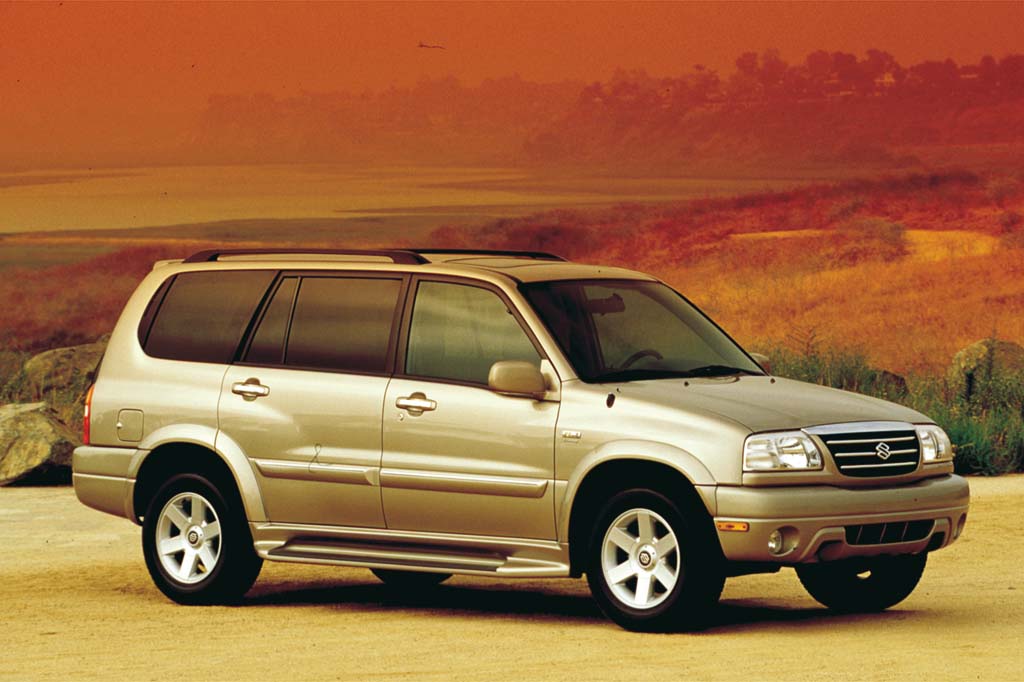 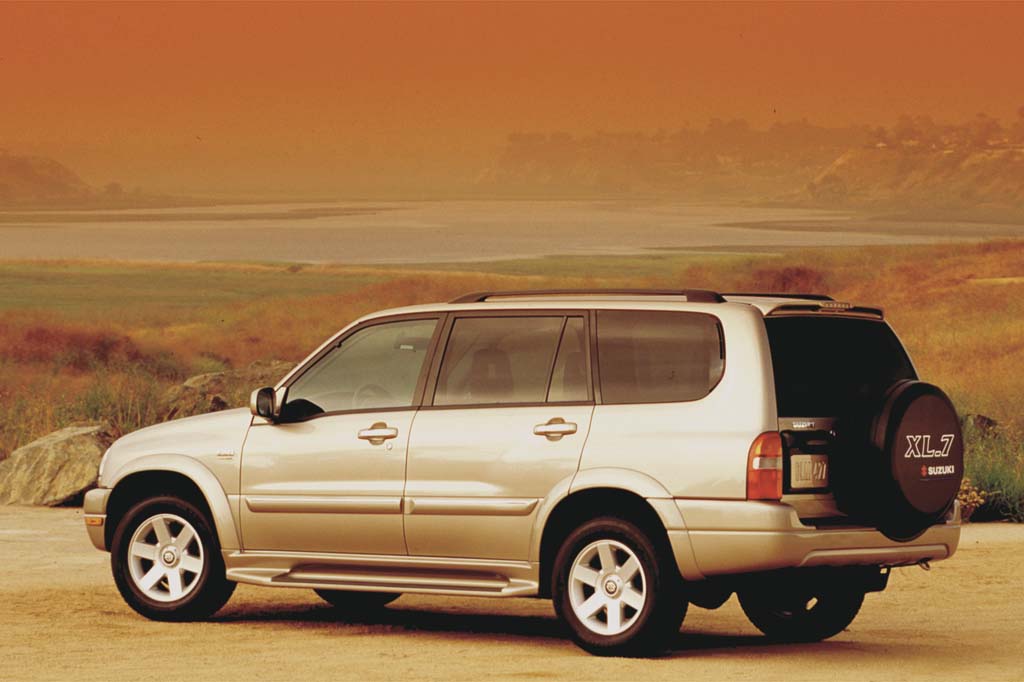 Prices might have seemed attractive when the XL-7 was new, but these SUV’s were no bargain given their subpar refinement, labored acceleration, stiff and nervous ride, poor handling, and antiquated 4WD system. Basically, this is a mediocre compact SUV, stretched to become a mediocre midsize SUV, with a cramped third-row seat of questionable usefulness being its sole asset.

Introduced during the 2001 model year, Suzuki’s newest and biggest midsize sport-utility vehicle was basically the compact Grand Vitara wagon, with a 12.6 inch longer wheelbase and 19.1 inches of added length. Capable of seating seven passengers, the XL-7 used a larger version of the Grand Vitara’s V6.

Manual and automatic transmissions were available. The XL-7 came with either rear-wheel drive or four-wheel drive. Its 4WD system had to be disengaged on dry pavement, but included low-range gearing.

Four models were offered: Standard, Plus, Touring, and Limited. Antilock braking was standard on Touring and Limited models. Roof rails could hold 100 pounds of cargo.

Measuring 183.7 inches overall, the XL-7 was 10 inches longer than a Ford Escape and 6 inches longer than Honda’s CR-V. According to Suzuki, rear doors were 8 inches wider at the base and a foot wider at the top, compared to other SUVs in this class. Second-row seats adjusted fore and aft. With second- and third-row seats down, cargo volume totaled 73 cubic feet. A full-size spare tire was mounted on the back door.

Suzuki’s 2.7-liter dual-overhead-cam V6 engine produced 170 horsepower in 2001, rising to 183 hp in 2002-03. Initially, either a 5-speed manual or 4-speed automatic transmission could be installed, with rear-drive or four-wheel driver. In 2004, the automatic was upgraded to a 5-speed unit.

Despite having one of the longer midsize SUV wheelbases, the XL-7’s ride is mostly stiff and nervous. The suspension copes well with pavement breaks, but sharp bumps register and some bounding and pitching occur over large dips and crests.

Aggressive cornering induces less noseplow than on many front-drive SUVs, but grip is modest, body lean significant, and steering rather numb. Even with ABS, brakes feel mushy and slightly weak in simulated panic stops, which aren’t super-short, either.

Noise can be wearing except in gentle driving, with marked highway wind roar and considerable tire drone on most surfaces. The engine is strained and noisy in the high rpm operation that’s required for best performance.

Instruments and controls are clear, simple and handy, but 4WD engages via a console-mounted lever rather than the dashboard switch used by most rivals. Cabin materials and finish are disappointing, even at the XL-7s modest prices.

Front head room is fine for six-footers, but leg space ranks only as adequate. The narrow cabin limits hip and shoulder room, and feels small. Seat cushions are too short for good leg support. Step-up is a bit high, though class-normal. Visibility is satisfactory, and better with the third-row headrests removed.

Adults have good head room in the second row, but the seat is hard, narrow for three, and offers little leg room if it’s shoved forward to provide knee clearance in the third row. Rear-door thresholds are narrow enough to trip feet. Third-row space is adequate, without pushing second-row seats back. But entry/exit is a squeeze.

Cargo space is narrower than in other midsize SUVs, so wide items will not fit. Volume is class-average, even with both rear seats down. Only grocery-bag space is available behind the 50/50 third-row seat. Folding the 60/40 second-row seat is an ordeal of cryptic diagrams and puzzling levers. Door map pockets are hard to access.