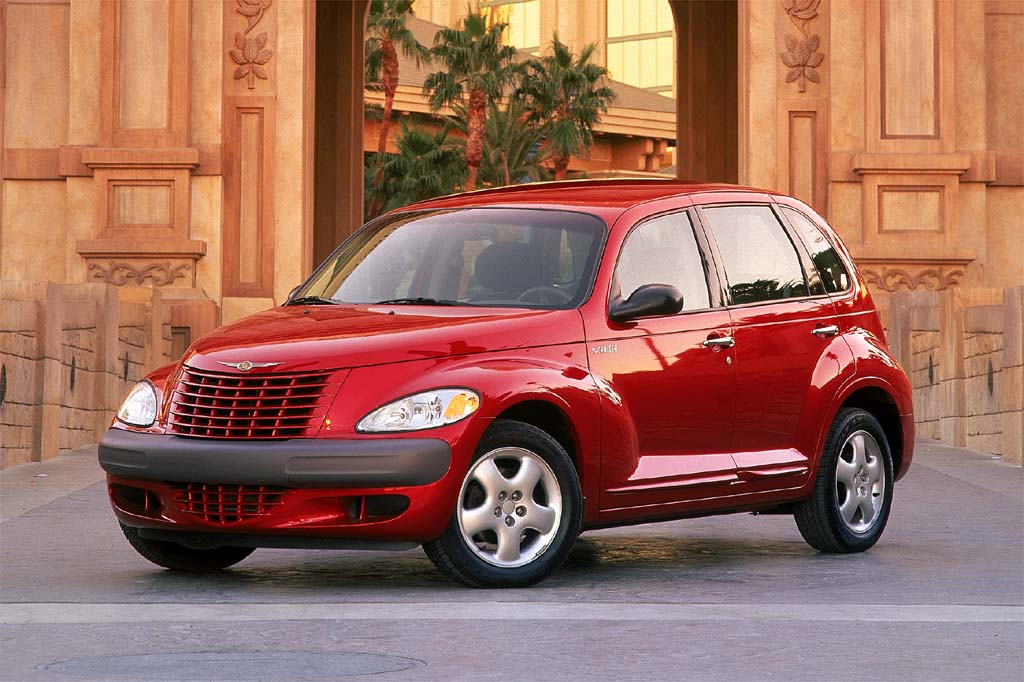 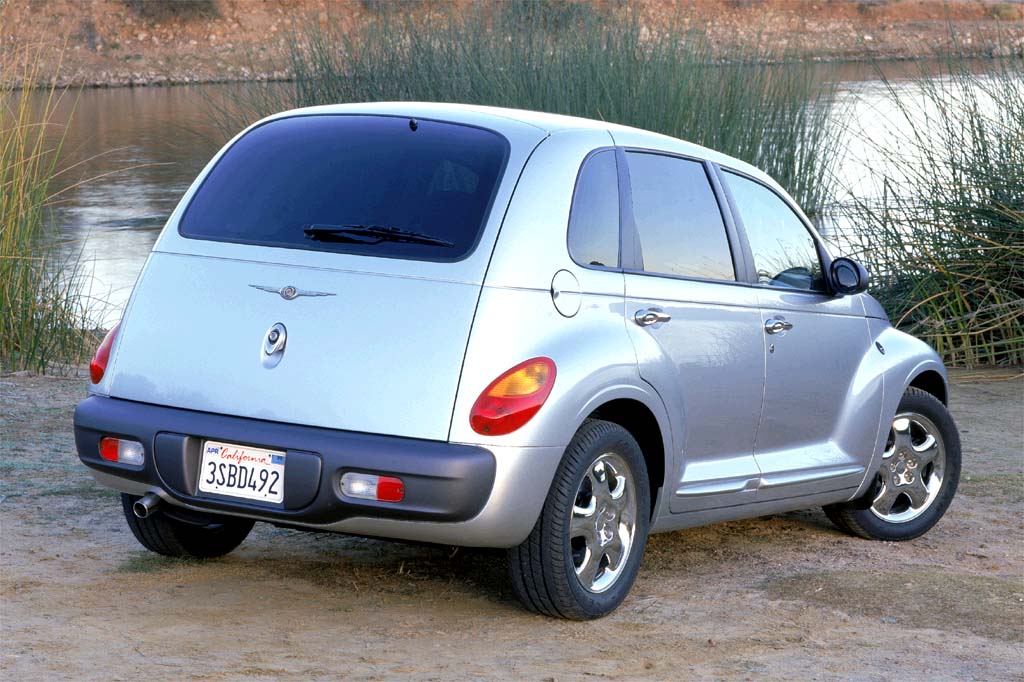 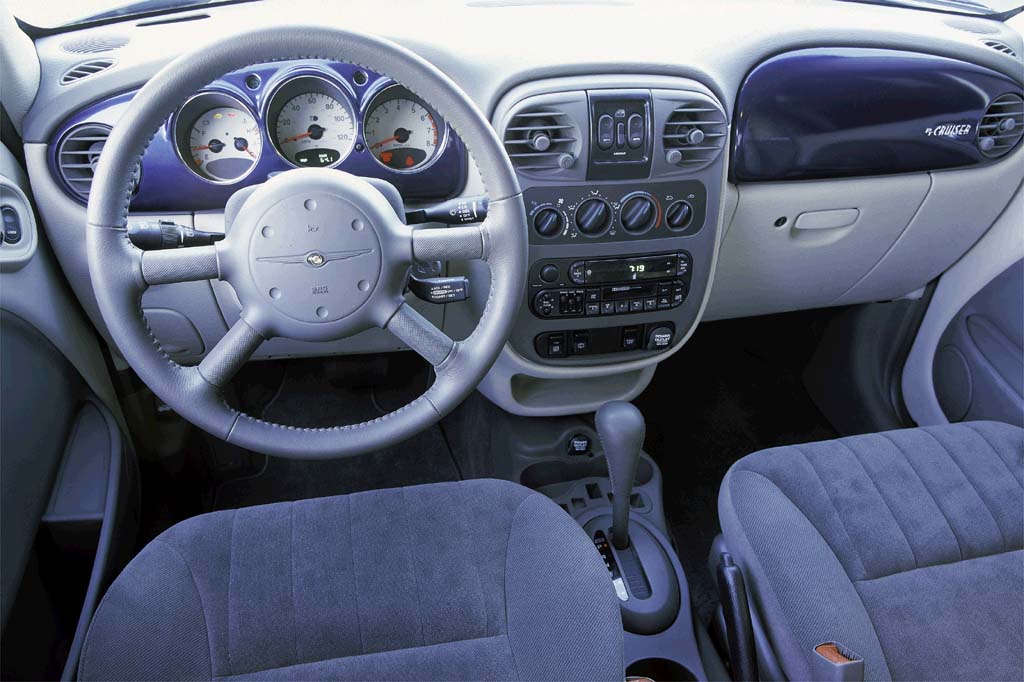 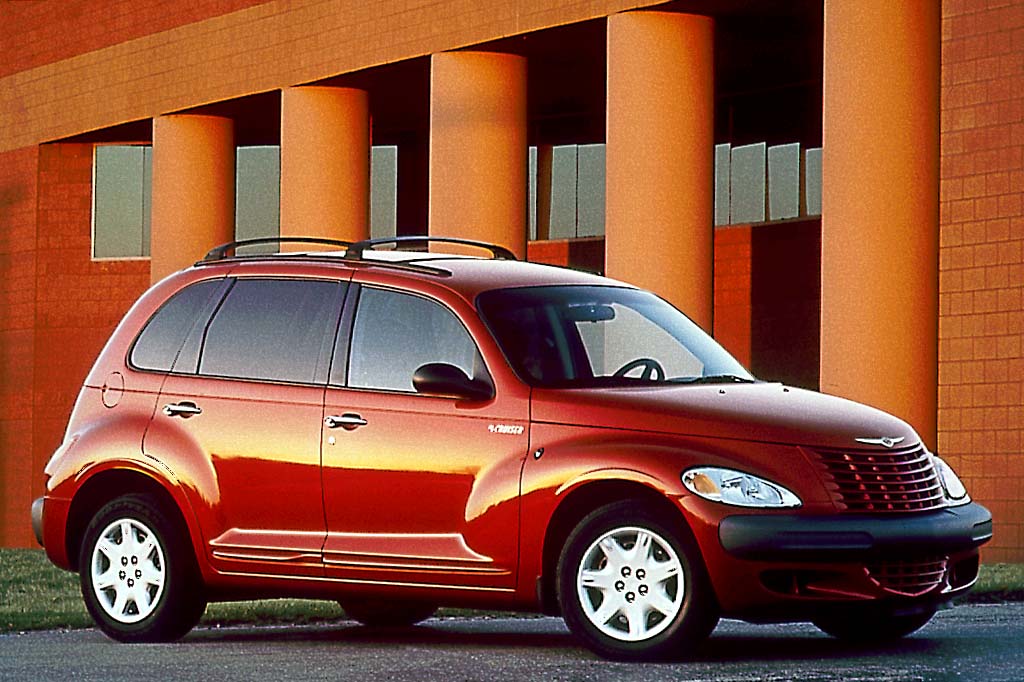 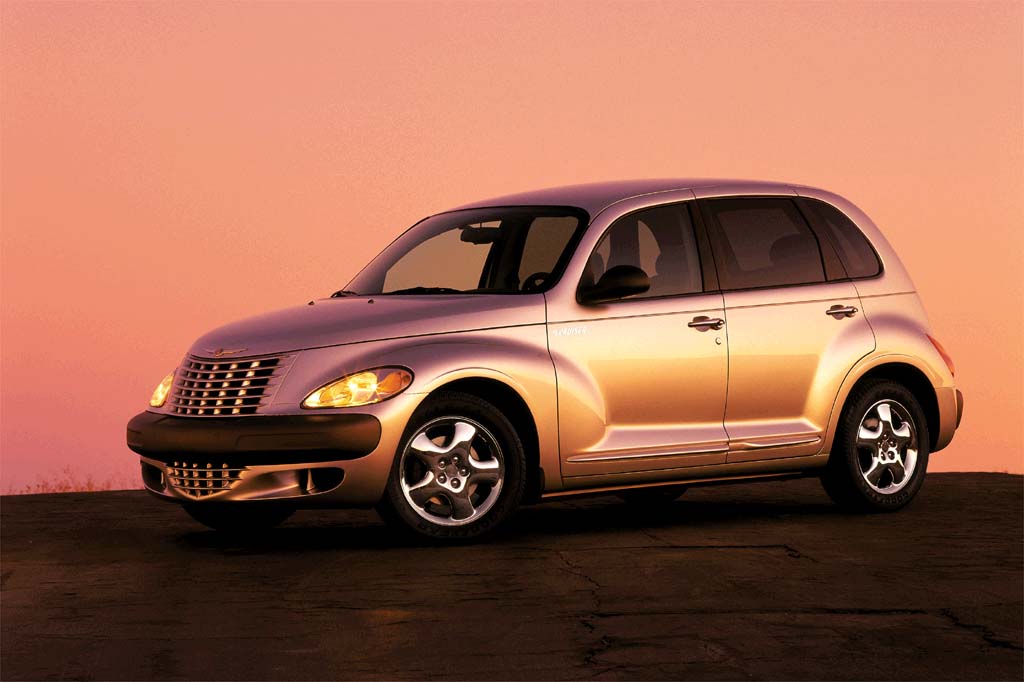 It’s hard to beat this affordable vehicle’s impressive combination of room, comfort, versatility, and driving pleasure. Mediocre acceleration is the only real flaw, though performance is actually on par with other small wagons. High demand has outstripped supply since the Cruiser went on sale, and they’re not cheap secondhand.

Even before the PT Cruiser went on sale in spring of 2000, it had become a big hit in the marketplace. Customers eagerly forked over well above sticker price to get one of the early examples of the retro-styled front-drive compact wagon, which looked like nothing else at any dealership.

PT stood for Personal Transportation, and the four-door Cruiser provided precisely that–plus a lot of enthusiastic responses from other motorists on the road. Minor changes took place in fall 2000, including availability of heated front seats and yellow pearl paint.

Classified as a truck under federal fuel-economy regulations, the five-passenger PT Cruiser was designed to blend carlike comfort and roadability with practical features borrowed from minivans and SUVs. In size, it compared to the Honda CR-V, with a similar wheelbase and only 2 cubic feet less cargo volume–despite standing some 2 inches lower and measuring nearly 9 inches shorter overall.

An all-new unibody platform was used, but some mechanical components were similar to those in the subcompact Neon sedan. Sole engine was a 150-horsepower version of the familiar 2.4-liter four-cylinder, linked to a five-speed manual or optional four-speed automatic transmission.

Base engine in the PT Cruiser was a 2.4-liter four-cylinder that developed 150 horsepower. In 2003, Chrysler added a turbocharged version that had 215 horsepower, but it only lasted through ’07, by which time it developed 230 horsepower. Both engines could have either a 5-speed manual transmission or 4-speed automatic. Optional for Touring and Limited models in 2004 was a 180-hp turbocharged 2.4-liter 4-cylinder mated only to the automatic; that engine was dropped for 2010.

Not only does the PT Cruiser look great, it feels solid and stable, with no top-heavy tippiness. Pleasant and fairly refined, with predictable front-drive handling, it’s adaptable and fun to drive. Steering is responsive, with just the right amount of power assistance. The firmer Touring/Limited suspension delivers surprisingly flat cornering and a comfortably controlled ride–except on washboard surfaces, where it tends to jiggle. Turbo models have slightly better road holding, but offer a stiffer ride. Noise levels are generally low, but coarse pavement induces some road roar from the Touring/Limited tires. Wind noise starts to intrude at 65 mph or so, and the engine note rises above 4000 rpm.

Though smooth, the base engine is not very muscular, especially when trudging up a long grade or passing with more than two aboard. Performance is fine in around-town cruising. Turbo models move out with much more authority, but suffer slightly from “turbo lag.” The automatic transmission is responsive, though it sometimes shifts with a lurch. Chrysler’s manual gearbox has a light but positive shift action. Braking feels strong with good pedal modulation, especially with the available ABS.

Chrysler claimed 26 seating/cargo configurations with the available fold-flat front passenger seat, but the rear bench must be folded or removed to get much cargo space. Tall and fairly wide back doors ease access. Interior storage is plentiful. The load floor is low and flat, and rear wheel arches don’t steal much space. The cabin is roomy enough for four adults on chair-height seats. A high body gives all riders abundant head clearance. Even 6-footers have good leg space. Rear head restraints are a minor obstruction.