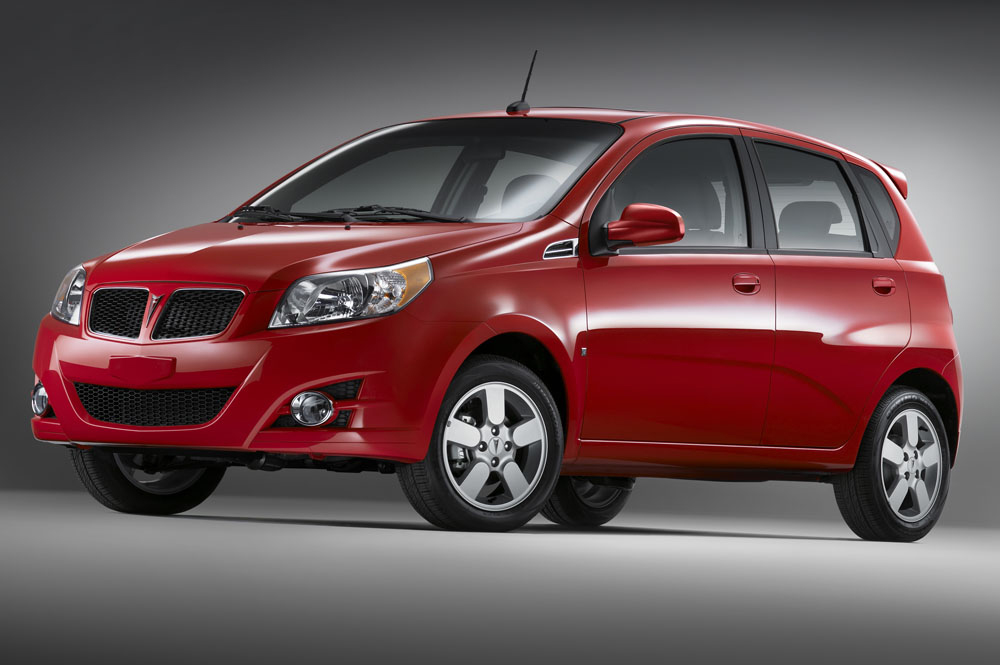 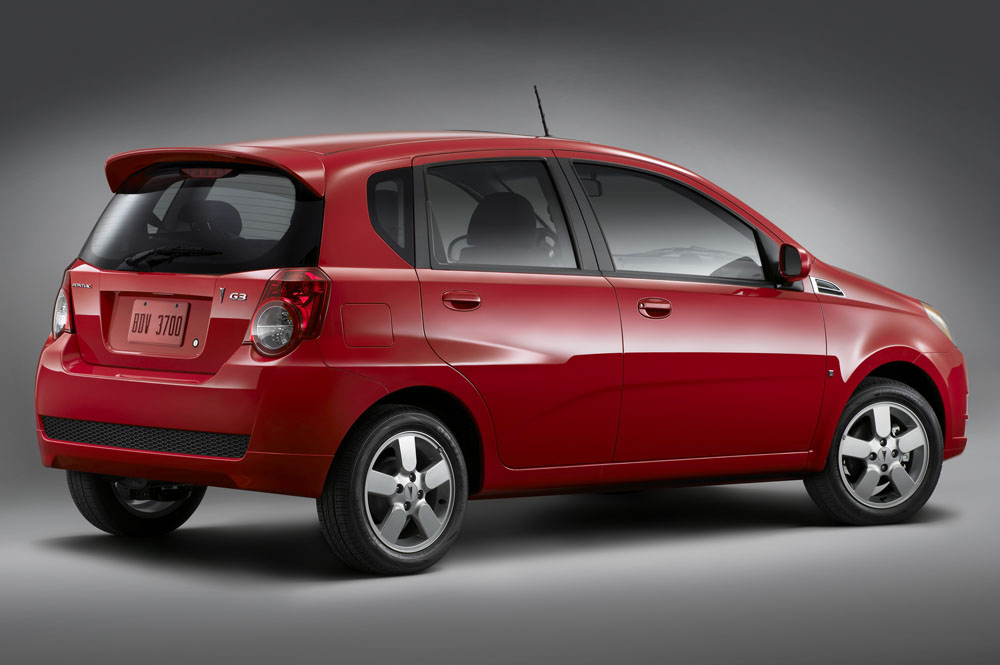 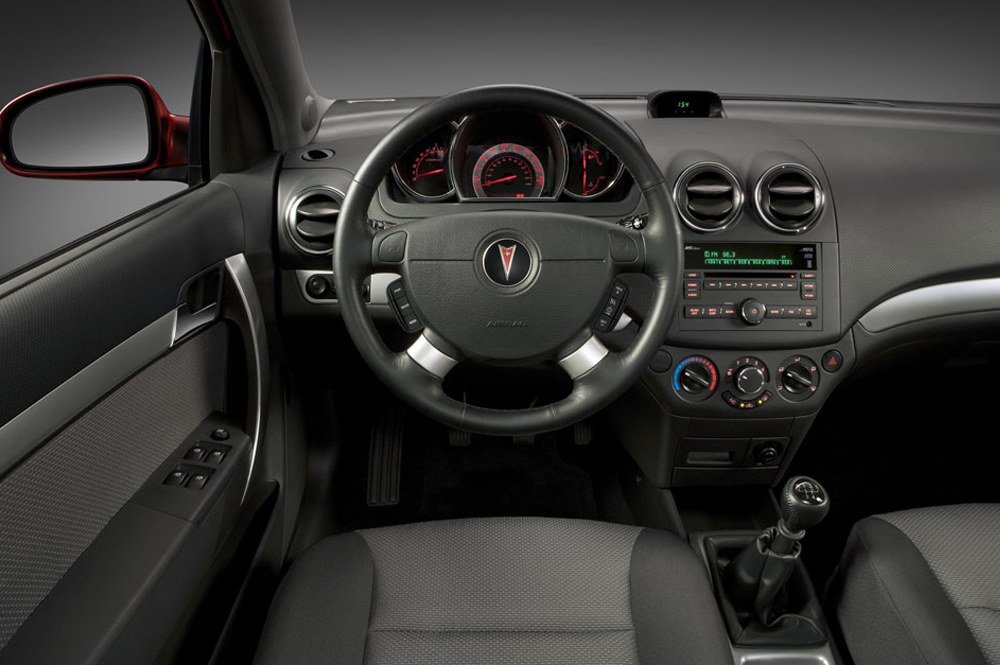 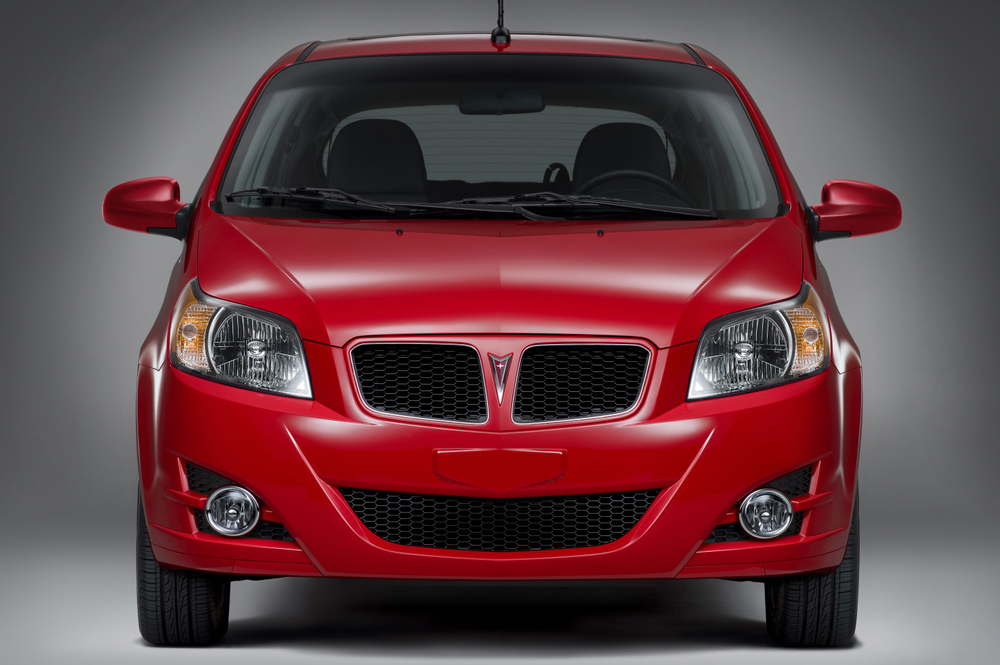 Like the Chevrolet Aveo upon which it is based, G3 is not a quiet car. While we’ve not measured a G3’s fuel economy, our experience with the similar Aveo indicates that this Pontiac’s mileage would be unexceptional by class standards. A lack of available traction control and curtain side airbags further hurts G3’s appeal. On the plus side, G3 has a comfortable ride, decent road manners, and an inviting interior. Another potential demerit is the fact that the Pontiac brand has faded into non-existence; but that could actually cause used-G3 prices to sink even further than before, to tempting levels.

Introduced for 2009, the Pontiac G3 was a new entry-level vehicle for the U.S. market from this General Motors division. This subcompact, front-drive, four-door hatchback slotted below Pontiac’s GS, sharing its basic design and powertrain with the Chevrolet Aveo. Like Aveo, the G3 was built in South Korea. The lone G3 engine was as 106-horsepower 1.6-liter four-cylinder that teamed with a five-speed manual or four-speed automatic transmission. Front side airbags were standard. Antilock braking was an option. Only one trim level was offered. Standard features included air conditioning and a CD/MP3 audio system. Prior to model-year 2009, the G3 was marketed in Canada as the Pontiac Wave (2009 Canadian models were called G3 Wave). Initially, all G3 models slated for the U.S. were four-door hatchbacks. A four-door sedan was sold in Canada, and planned for availability in the U.S. later in the model year. That body style failed to materialize. Pontiac’s G3 competed against the Honda Fit, Hyundai Accent, and Scion xD.

Acceleration is quicker than one would expect; but naturally, no one will mistake these subcompacts for a sports car. The automatic transmission is relatively responsive, though it saps a fair amount of what little power there is on tap.

We’ve had no opportunity to measure a G3’s fuel economy, but similar Chevrolet Aveo5 hatchbacks with the automatic transmission have averaged 28.3 to 28.7 mpg. Those figures are not impressive for this class. Pontiac’s G3 uses regular-grade gasoline.

Because of its petite size and responsive steering, a G3 is nimble enough-though some testers have said steering effort is a bit heavy at low speeds. Like Aveo, the G3’s body leans more in turns than class rivals. Brakes provide decent stopping control, but are nothing special in terms of pedal feel.

The G3 engine sounds coarse and buzzy during acceleration. Wind and road noise can be intrusive, at least partially due to the G3’s hatchback body style.

Gauges are easy to read. Audio and climate controls are clearly marked, simple to operate, and mounted high for easy access. Looking at the interior, the G3 is among the more pleasant subcompact cars. Yes, there’s plenty of hard plastic inside, but its texturing lends impressive substance.

Front seats are comfortable and supportive. Headroom is good despite a somewhat tall seating position, though sitting high up makes for excellent visibility. Taller passengers will likely wish for more legroom, though.

Surprisingly roomy in the rear for a subcompact, the G3 doesn’t qualify as great for back-seat comfort by absolute standards. Headroom is very good. Ease of entry and exit rivals that of some larger cars.

Not much cargo room is available with the rear seats up, but split-folding rear seatbacks help increase the space. In-cabin storage is sparse, with a meager glovebox and a few small bins.