Cons: Noisier and less refined that most every class competitor; subpar on-road handling and fuel economy; lack of creature comforts

CG Says: In addition to the all-new redesigned 2018 Jeep Wrangler (see separate report), the previous-generation Wrangler continues for 2018 as the Wrangler JK. The Wrangler JK is an off-road oriented compact SUV that comes in two lengths. The base Wrangler JK has two doors and seats four, while the longer  version has four doors and seats five. A folding fabric top is standard and a removable hardtop is optional. A 285-horsepower 3.6-liter V6 engine mates to either a six-speed manual or five-speed automatic transmission. Four-wheel drive is standard. In addition to some of the usual comfort and convenience features, the Wrangler JK also offers off-road aids such as locking differentials, disconnecting sway bars, and 32-inch tires. Despite major improvements to its interior over the years, this Jeep remains a limited-purpose machine. Off road, it’s a finely honed tool. On road, it’s best considered a fun-in-the-sun runabout. The four-door’s design provides additional passenger and cargo room, albeit at a stiff price premium over the smaller 2-door Wrangler. A judiciously equipped Sport is the best value in this lineup. The top-line Rubicon can get very expensive. 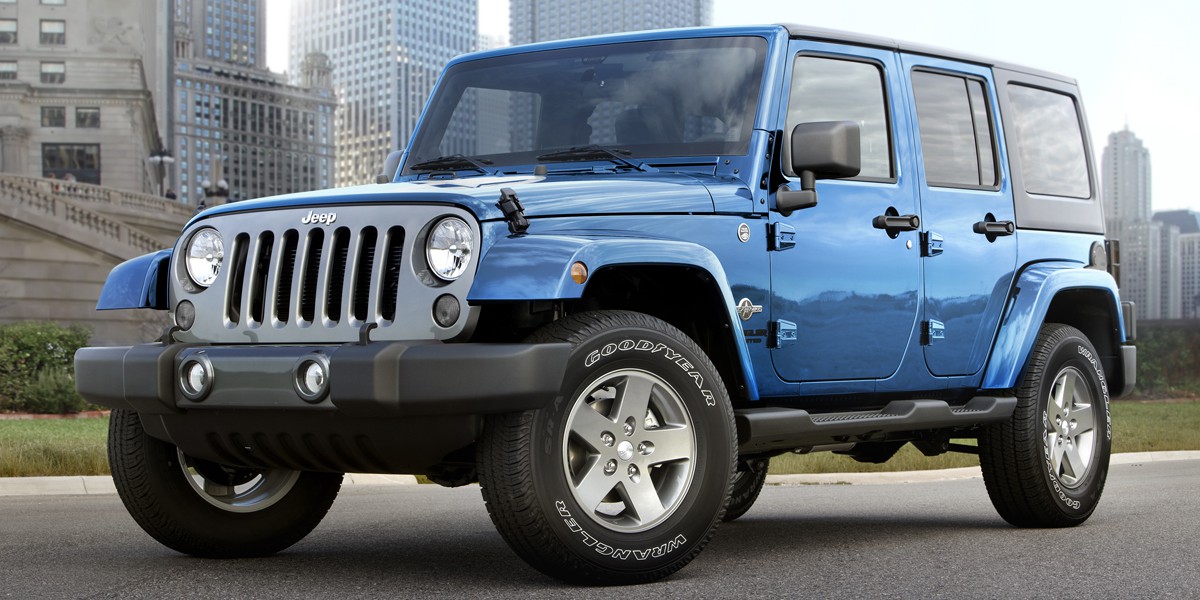