Cons: Cramped, low-slung cabin is difficult to enter and exit; poor rear visibility; stiff ride; a bit too high-strung for everyday use for some drivers

CG Says: The 2020 Nissan 370Z drops its convertible and adds a Fiftieth Anniversary Edition package. The new Fiftieth Anniversary Edition commemorates the 1970 introduction of the Datsun 240Z, the ancestor of today’s Nissan 370Z. The $2600 Anniversary Edition package adds a special paint scheme, unique wheels, and special interior trim to the Sport model. Otherwise, the 370Z is unchanged. The 370Z is a sporty performance car offered only as a hatchback coupe. Base models are powered by a 332-horsepower 3.7-liter V6 engine, while high-performance NISMO cars have a 350-hp version of that engine. Both versions of the engine offer a choice of 6-speed manual or 7-speed automatic transmissions. The 370Z feels a bit long in the tooth compared to some of its rivals. Still, this exhilarating two-seater offers an undiluted sports-car driving experience, and it continues to occupy a “sweet spot” niche in the enthusiast-car market. A 370Z is much more affordable than a Corvette, yet it offers substantially more power than cheaper rear-drive sports cars such as the Mazda Miata and the Toyota 86/Subaru BRZ duo. By some measures, the Base 370Z might seem expensive, but considering its invigorating all-around performance, it’s actually something of a bargain. The Base coupes strike us as the best 370Z value. Even with an available automatic transmission, the NISMO is for serious enthusiast drivers only; its handling is a notch above the standard 370Z, but its excessive noise and punishing ride are too overwhelming to make it suitable as a daily driver. 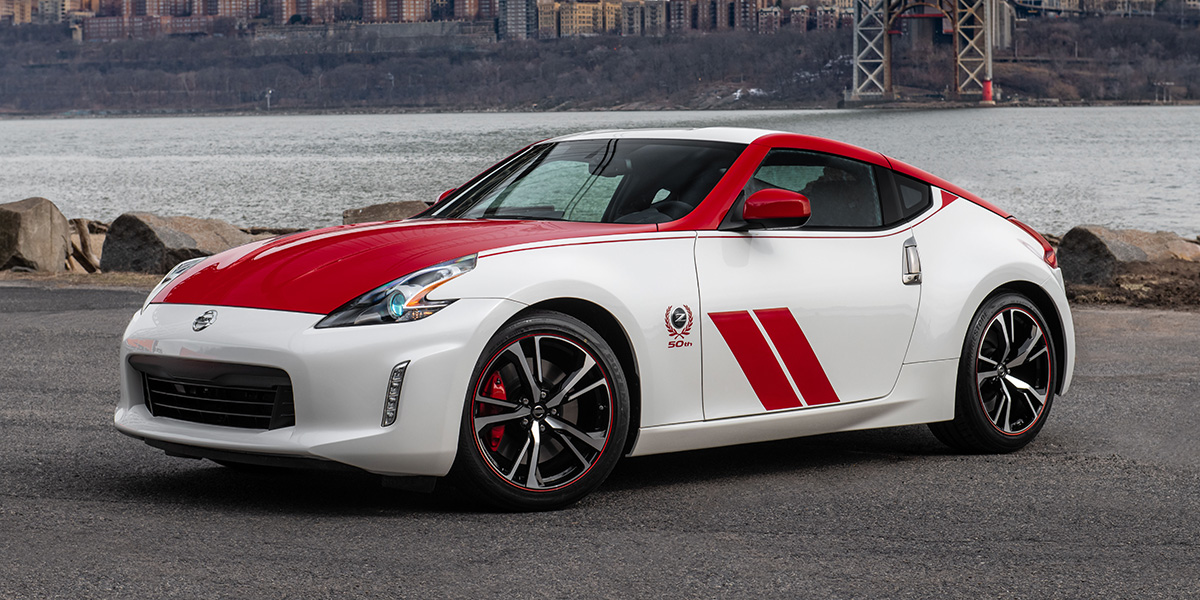