CG Says: Toyota’s perennially popular midsize sedan kicks off its eighth generation for 2018 with a redesign that brings a bit more space, more horsepower, several new features, and dramatic new styling. The 2018 Toyota Camry model lineup ascends through the entry-level L (new for 2018), LE, SE, XSE, and XLE; the Camry Hybrid is offered in LE, SE, and XLE trim. Newly standard on all is Toyota’s Safety Sense-P, a suite of high-tech items that includes forward collision warning and mitigation with pedestrian detection, lane-departure warning and mitigation, automatic high beams, and adaptive cruise control. Three powertrains are offered. Output of the base 2.5-liter four-cylinder engine is bumped from 178 to 203 horsepower (206 in the XSE), while the 3.5-liter V6 sees an increase from 268 hp to 301. On both of these engines, an eight-speed automatic transmission replaces the previous six-speed unit. The Hybrid combines a 2.5-liter four-cylinder gas engine with an electric motor for a combined 208 hp (up from 200), and comes standard with a CVT automatic transmission. Available features include a head-up instrument display, 360-degree camera, LED headlights, blind-spot alert, rear cross-traffic alert, and a brake-hold feature. The redesigned Toyota Camry retains the sensible-shoes virtues that have long been its trademark, but adds a level of design flair and dynamic appeal that will likely cause traditional family-sedan buyers to do a double take. A fine selection of trim levels and powertrains allows the Camry to be tailored to a wide range of shopper wants and needs. 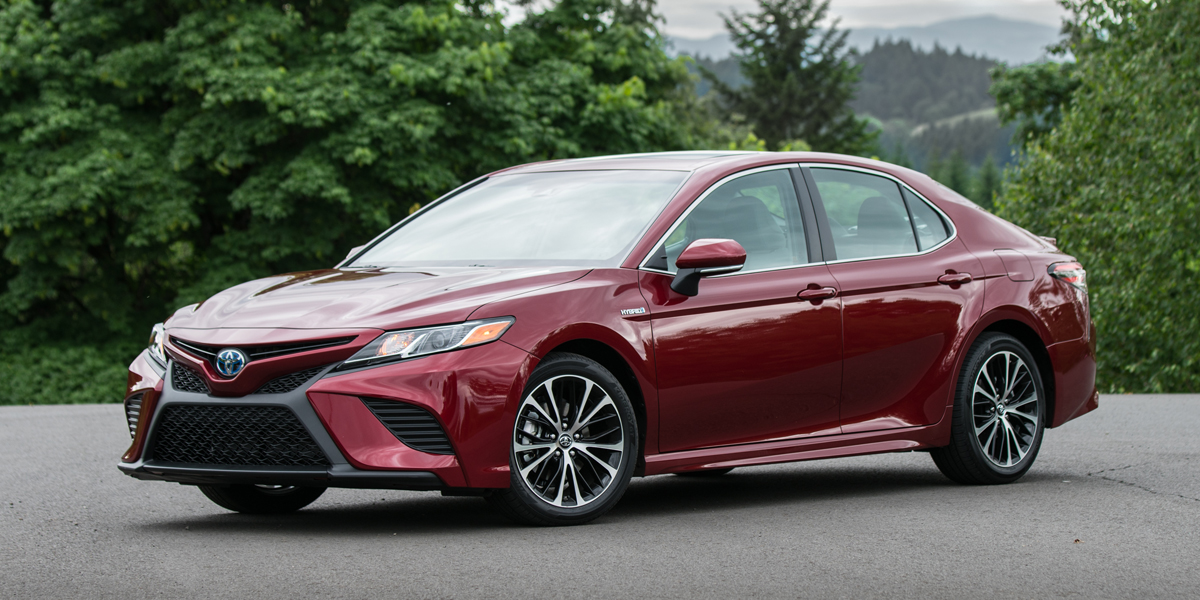