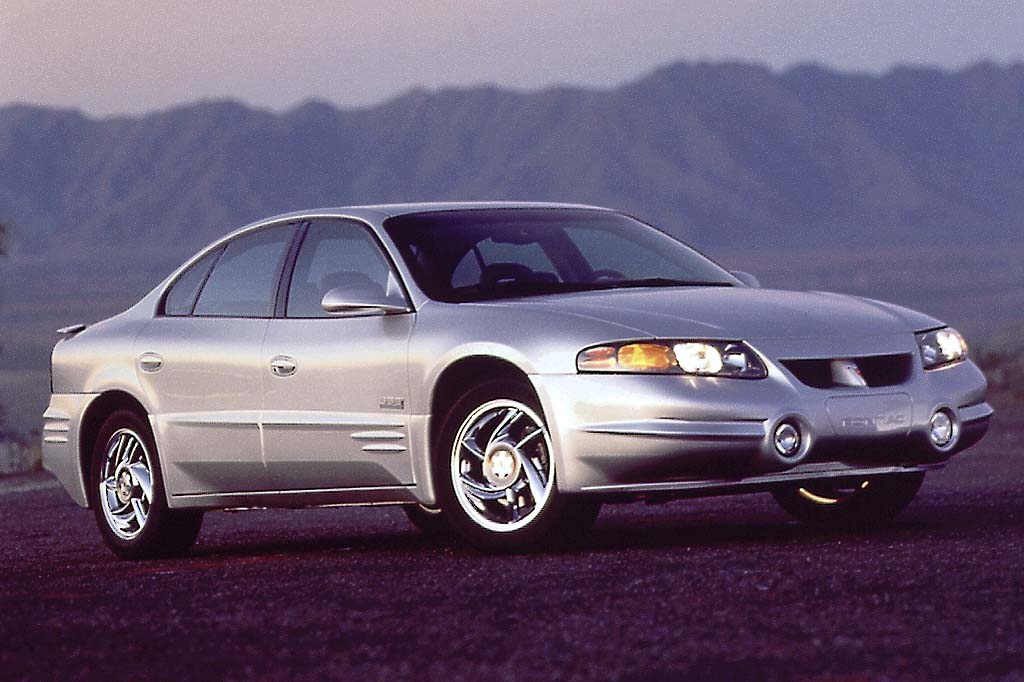 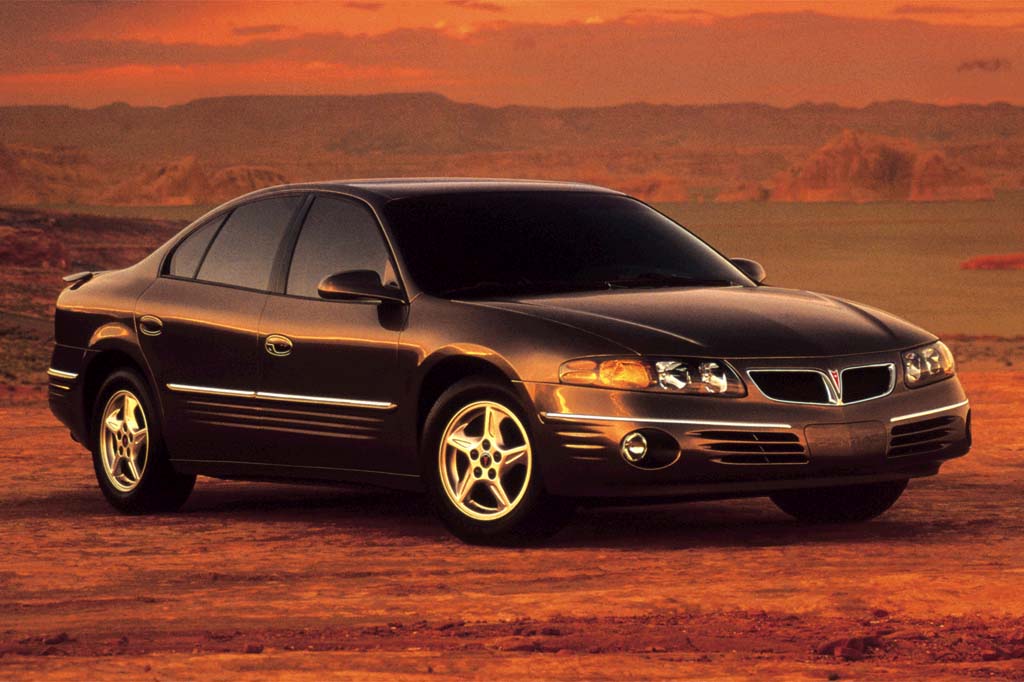 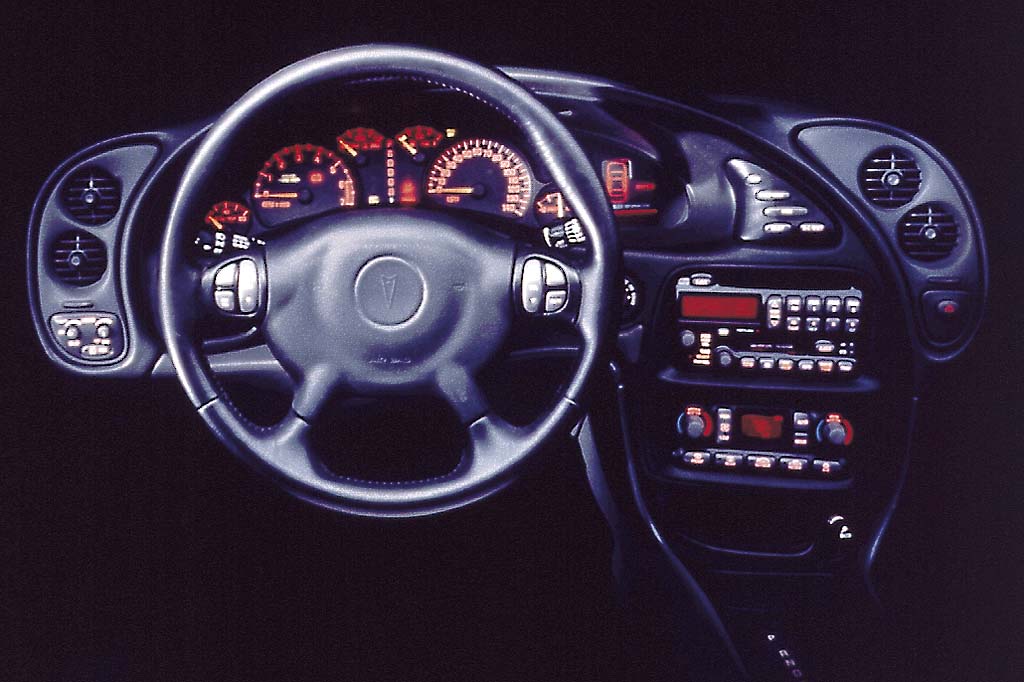 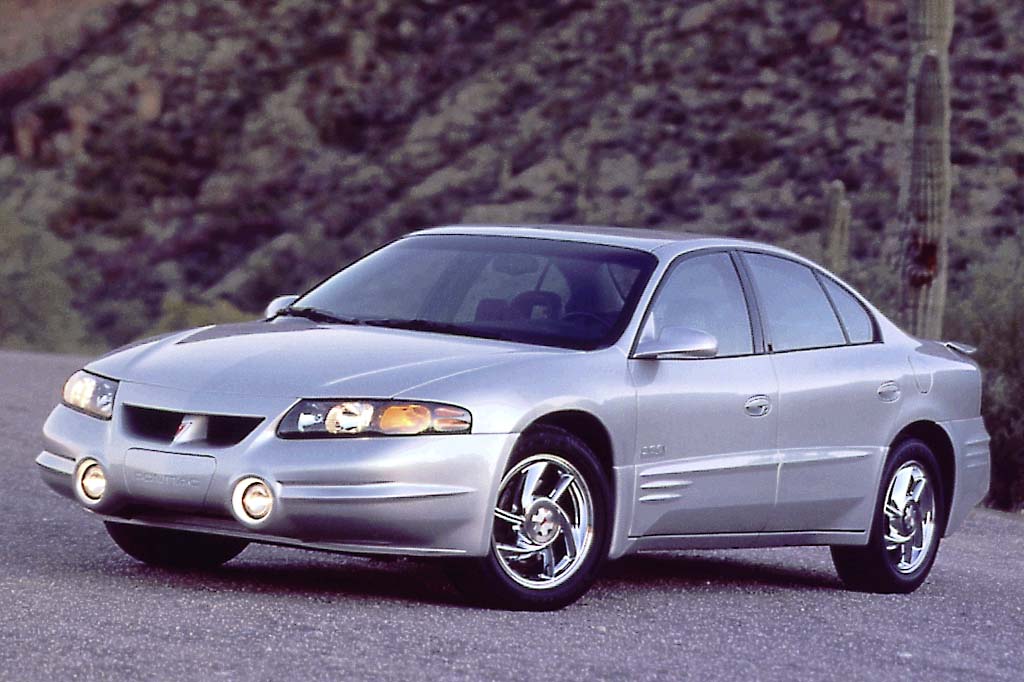 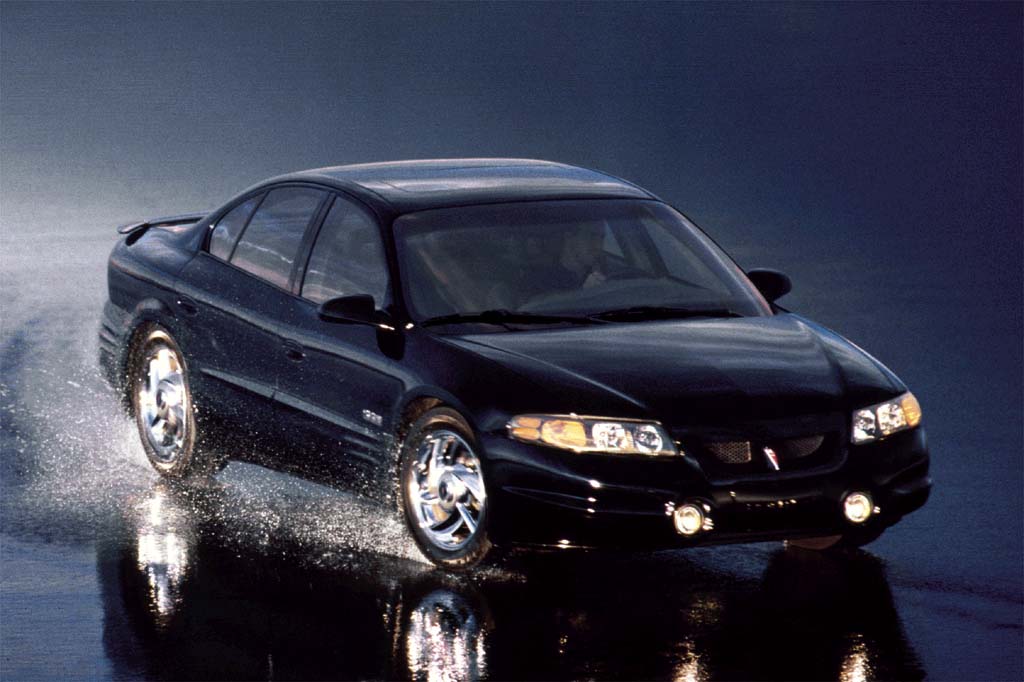 Volume leader is the SE, which is a fine value. Supercharged power in the SSEi is satisfying, but at a far higher price–though Bonnevilles have not held their value especially well. Besides, a lot of cars on its level are more refined and promise more verve.

Side-impact airbags for front seats were newly standard. GM’s StabiliTrak antiskid system was installed in the top-line SSEi model, designed to selectively brake the front wheels to counteract skids in turns. The lineup also included SE and midrange SLE sedans. All Bonnevilles had standard front bucket seats, but the SE offers an optional bench for 6-passenger capacity. Only a 3.8-liter V6 was available, as before, in two ratings. For SE and SLE models, the V6 produced 205 horsepower. In the SSEi, a supercharged version delivered 240 bhp. Both engines were hooked to a four-speed automatic transmission. Traction control was standard on the SSEi and optional on others. Antilock all-disc brakes replaced the previous disc/drum setup, and a tire-inflation monitor became standard. GM’s EyeCue head-up display, which projects primary instrument readings onto the windshield, was standard in the SSEi.

Basic Bonnevilles used a 3.8-liter, overhead-valve V6 engine that produced 205 horsepower, driving a 4-speed automatic transmission. A supercharged version of that V6, developing 240 bhp, went into the SSEi sedan. In 2004, the supercharged V6 was dropped to make way for the 4.6-liter 275 hp V8, available on the new-for-’04 GXP.

Dynamically, at least, Bonneville matches the best front-drive full-size sedans. Despite a weight hike, acceleration is strong in SE and SLE sedans, with good throttle response. Performance is outstanding with the supercharged SSEi. With either engine, the transmission changes gears smoothly and downshifts come quickly for passing. An SE averaged 20.6 mpg, while the SSEi got just 15.7 mpg on premium gasoline. Engines are smooth, but wind rush and suspension/tire noises over coarse surfaces may appear. Softest-riding version is the SE, which floats more over high-speed dips, but all are comfortable over bumps and nearly devoid of the front-end bobbing that sometimes plagued previous Bonnevilles. A standard load-leveling rear suspension improves stability. Handling is impressive–balanced and composed–sharpest in the SLE and SSEi. Watch out for torque steer (pulling to one side in hard acceleration) in the SSEi. Though the SSEi’s StabiliTrak can get confused during rapid sawing of the steering wheel, it should help the Bonneville stay on course in emergency maneuvers. Space is abundant for four adults, in an interior that has a more sporty flair than most full-size sedans. Still, the lost inch of rear head room won’t help taller passengers. A protruding center section in the rear seatback discourages 3-across seating, on a cushion that’s soft and poorly shaped. Leather-covered buckets in the SSEi have 12 settings but aren’t all that supportive. Instruments sit close to the driver, though the dashboard looks cluttered. Some plastic panels feel low-budget. Audio and climates controls are easy to reach and decipher. Entry/exit is easy through large doors. The trunk is large, but hinges dip into the load area.