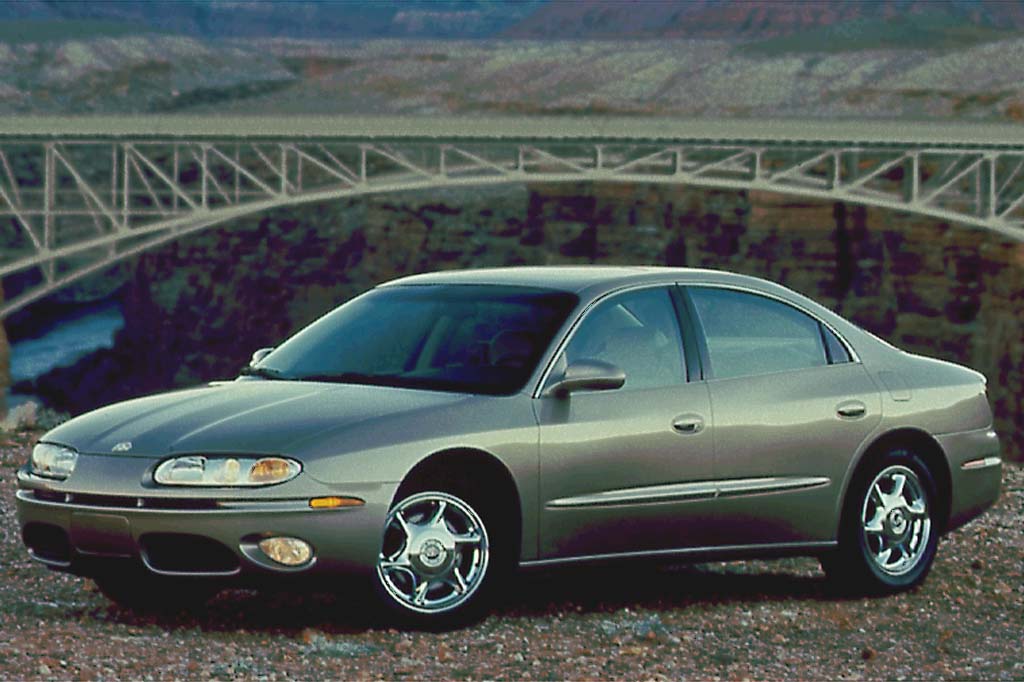 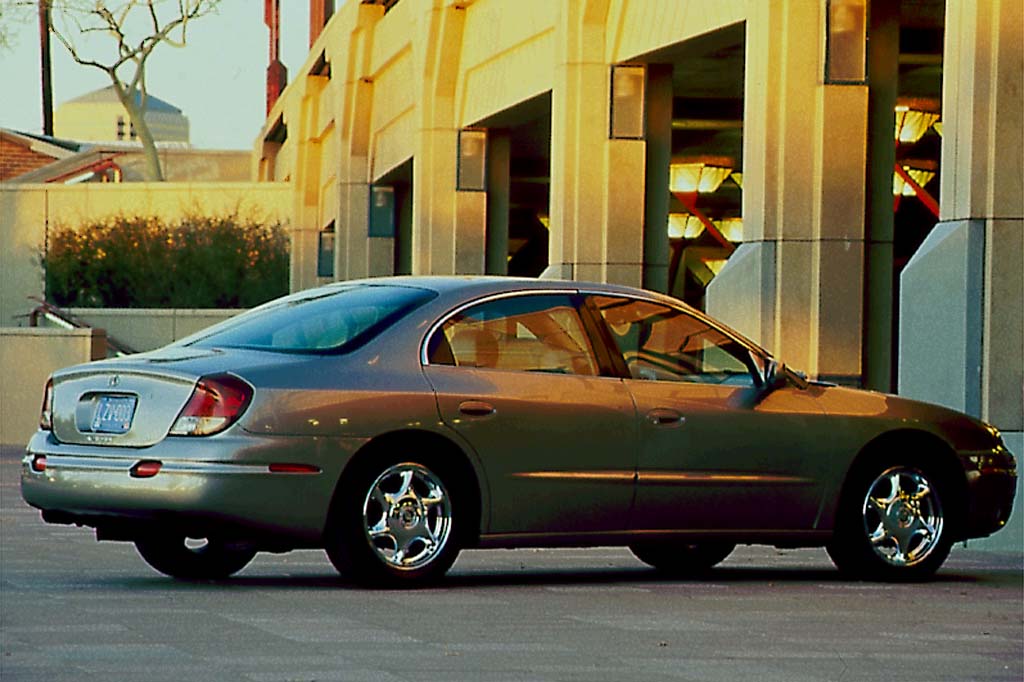 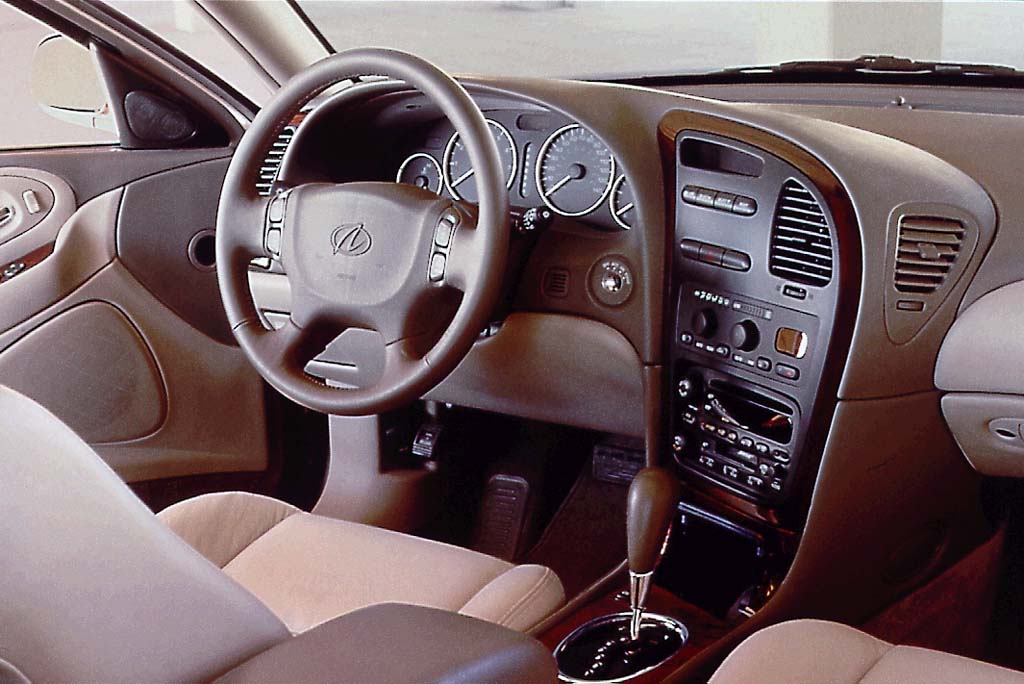 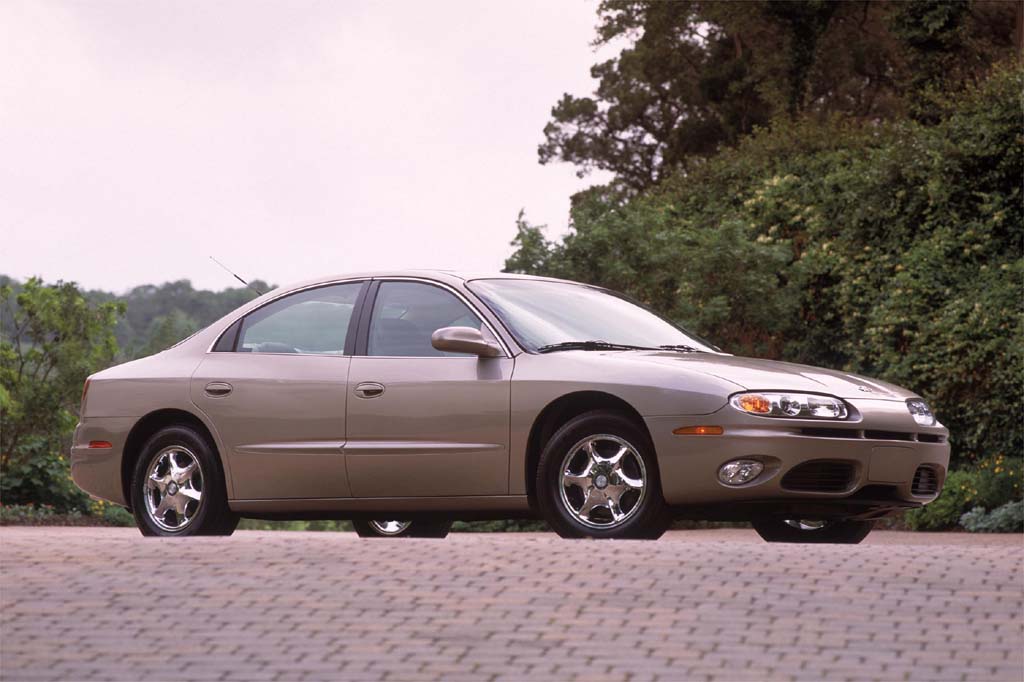 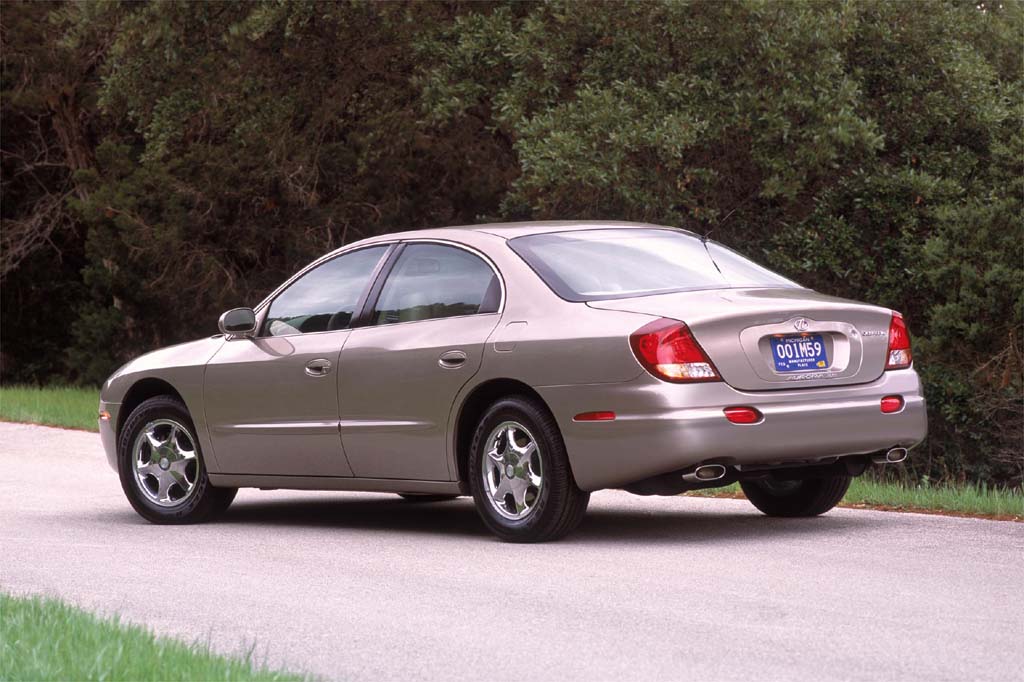 Few other sedans in this class offer a V8, but an Aurora isn’t likely to tempt Lexus or BMW owners. Even so, this is a pleasant, slightly sporty sedan that should appeal to value-minded near-luxury buyers. Resale-value dropoff due to the decline of the Oldsmobile brand could produce some good buys on the used-car market.

Oldsmobile’s near-luxury Aurora was redesigned for a spring 2000 debut, as a 2001 model. In the fall, Oldsmobile’s flagship gained a standard automatic load leveling suspension. GM’s OnStar system became standard on all Auroras in fall 2000.

Smaller than the 1995-99 first-generation design in most dimensions, the 21st century Aurora shared its basic platform with the Buick LeSabre and Pontiac Bonneville. Both V6 and V8 engines were offered. The only transmission was a four-speed automatic. Certain rivals, such as the Lincoln LS and Acura TL, offered a five-speed automatic.

Oldsmobile’s Aurora was a credible attempt at an import-flavored near-luxury sedan, but a nose-heavy front-wheel-drive configuration keeps it from being as athletic as most European sport sedans. Overly firm suspension settings upset body control on rough pavement, resulting in an unsettled, stiff-kneed ride–not unlike a Cadillac Seville STS. That drawback apart, the suspension copes comfortably with most surfaces and the steering provides good feedback.

In acceleration, the V6 proves to be a pleasant surprise, feeling nearly as strong as a V8 from a stop, and also in highway passing situations. Impressive at all speeds, the V8 has the edge in 30-50 mph passing response. Automatic transmissions are different for each engine, but both are smooth and alert.

A stiff structure helps keep wind and tire noise low. Engines are fairly subdued even when pushed, though they don’t sound as classy as the best import brands. Braking is strong and drama-free, although some Auroras tested when new had an overly firm brake pedal that was difficult to modulate.

Despite its trimmer exterior dimensions, the 2001-03 Aurora is roomier than the original version. Six-footers get plenty of knee clearance in front or back, and have more than adequate head room even with the intrusion of a sunroof. Adjustments are sufficient so any driver can get comfortably situated, although the front lumbar support might feel too prominent.

Though spacious, back-seat comfort is subpar. The cushion is too small and too soft to provide much support. Entry/exit poses no problems.

The dashboard layout generally works well, although the audio unit sits low in the center and requires a long look away from the road to adjust. Redundant steering-wheel audio buttons help. Climate controls are a tad complex, too. Aurora’s transmission gear selector has a notched gate that encourages do-it-yourself shifting, though it’s not as precise as the separate shift gate on such rivals as the Acura TL and Lincoln LS.

Visibility directly astern is marred by the high tail and a bulky center stoplamp. The trunk is generous, with a large opening and low liftover, but the lid hinges dip into the cargo area. Padded interior surfaces abound, and real wood is a genuine luxury. But these upscale cues were mitigated by creaking dashboard panels on most Auroras tested as new cars.